Julie Dawn Cole net worth: Julie Dawn Cole is an English actress who has a net worth of $1 million. Julie Dawn Cole was born in Guildford, Surrey, England in October 1957. She has acted in films, television, and on stage. She is best known for starring as Veruca Salt in the 1971 movie Willy Wonka & the Chocolate Factory which was her first acting role on screen.

Cole went on to star as Jo Longhurst on the television series Angels from 1975 to 1976. She has also had recurring roles on the TV series And Mother Makes Three, Poldark, The Many Wives of Patrick, The Mill on the Floss, Grundy, WYSIWYG, Married for Life, Emmerdale, Casualty, and more. After her acting career she became a psychotherapist. Julie Dawn Cole also appeared in episodes of the TV series My Old Man, Within These Walls, EastEnders, Holy City, Down to Earth, Doctors, and more. 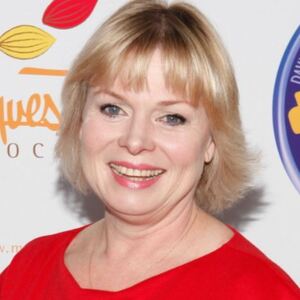