How much is Julie Christie Worth?

Julie Christie Net Worth: Julie Christie is a British actress who had a net worth of $10 million. Julie Christie was born April 14, 1941 in Chabua, India. Considered a pop icon of the "swinging London" era of the '60s, she has won the Academy, Golden Globe, BAFTA and Screen Actors Guild Awards. Christie's breakthrough film role was in Billy Liar (1963). In 1965, she won an Academy Award for Best Actress for her performance as Diana Scott in Darling. That same year, she starred as Lara Antipova in Doctor Zhivago, the eighth highest grossing film of all time after adjustment for inflation. In the following years, she starred in Fahrenheit 451 (1966), Far from the Madding Crowd (1967), Petulia (1968), The Go-Between (1970), McCabe & Mrs. Miller (1971), for which she received her second Oscar nomination, Don't Look Now (1973), Shampoo (1975) and Heaven Can Wait (1978). Her career was relatively quiet during the '80s, but thereafter she continued to receive significant critical recognition for her work, including Oscar nominations for the independent films Afterglow (1997) and Away from Her (2006). In 1997, she received the BAFTA Fellowship. Fascinated with the artist's lifestyle, Christie enrolled at the University of London's Central School of Speech & Drama in her youth. She made her professional debut on stage in 1957; however, her first real brush with fame came via a BBC television series, A for Andromeda (1961), in which she played an artificial human created from the DNA of a deceased science lab assistant. Julie Christie had a high-profile relationship with actor Warren Beatty from 1967 to 1974. They starred together in McCabe & Mrs. Miller (1971), Shampoo (1975) and Heaven Can Wait (1978). Christie is currently married to journalist Duncan Campbell. 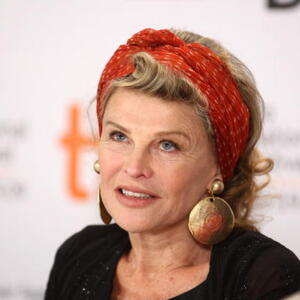