Early Life: Julie Bowen was born Julie Bowen Luetkemeyer on March 3, 1970, in Baltimore, Maryland. She grew up in Ruxton-Riderwood, Maryland, with mother Suzanne, father John (a real estate developer), older sister Molly, and younger sister Annie. Julie attended Calvert School, Garrison Forest School, Roland Park Country School, and Rhode Island's St. George's School. After graduating from high school, she enrolled at Brown University, graduating with a Bachelor of Arts degree in Renaissance studies in 1991. Bowen appeared in the plays "Guys and Dolls," "Lemon Sky," and "Stage Door" in college, and she lived in Florence, Italy, during her junior year. While attending college, Julie landed a lead role in "Five Spot Jewel," an independent film that was released in 1992. She moved to New York City after college and studied at the famed Actors Studio.

Career: In 1992, Bowen guest-starred on an episode of the ABC soap opera "Loving" and soon appeared on the TV series "Lifestories: Families in Crisis" (1993), "Class of '96" (1993), and "Acapulco H.E.A.T." (1993) and the television films "Runaway Daughters" (1994) and "Where Are My Children?" (1994). In 1996, she played Virginia Venit in the Adam Sandler film "Happy Gilmore" and co-starred with Michael Keaton in "Multiplicity." That year, Julie also guest-starred on "Party of Five" and "Strange Luck," and she appeared in the horror film "An American Werewolf in Paris" in 1997. She began a recurring role on the NBC medical drama "ER" in 1998, playing Roxanne Please on nine episodes, and in 2000, she guest-starred on "Dawson's Creek" and landed the role of English teacher Carol Vessey on NBC's "Ed." The series aired 83 episodes over four seasons and won a People's Choice Award for Favorite Television New Comedy Series in 2001. 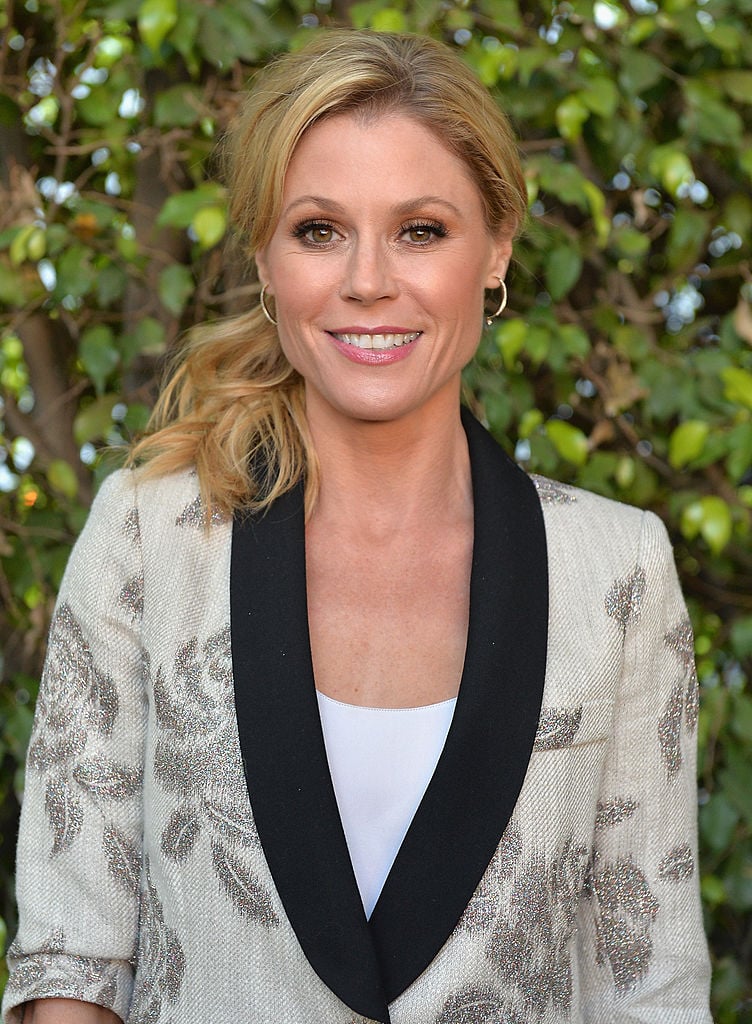 Personal Life: Julie married real estate investor/software developer Scott Phillips on September 9, 2004, and they welcomed son Oliver on April 10, 2007, and twins John and Gustav on May 8, 2009. When Bowen was pregnant with Oliver, she went into labor on the set of "Boston Legal" after filming a scene where her character gave birth; a helpful crew member drove her from the fake hospital to a real hospital. Julie and Scott divorced in September 2018, and Phillips got their $5.4 million Studio City home in the divorce. Bowen has a heart condition called bradycardia and has had a pacemaker since she was in her early twenties. In 2016, she was one of several celebrities to appear in a "Fight Song" video in support of Hillary Clinton's presidential campaign. The video, which also featured Julie's "Modern Family" co-star Jesse Tyler Ferguson, was played at the Democratic National Convention. 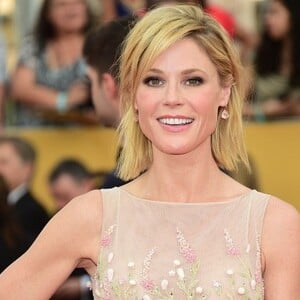