What is Julie Benz's net worth? Julie Benz's net worth is $6 million dollars. Born in Pittsburgh, Pennsylvania, Julie Benz originally pursued a career in competitive figure skating and competed in the 1988 U.S. Championships. A stress fracture took her away from skating and she began taking acting classes. She attended NYU, where she majored in Acting, and moved to Los Angeles directly after graduation.

She guest starred on a number of shows throughout her early career, including a recurring role on the short-lived series, "Honey, I'm Home", as well as roles on "Married with Children", "Boy Meets World", "High Tide", "Step by Step", and "Hang Time". She began to make a name for herself as the recurring character of Darla on the first season of "Buffy the Vampire Slayer". She has gone on to appear in a string of television and film projects, including "Angel", "The Brothers", "NCIS", "Supernatural", "CSI", "Dexter", "Held Hostage", "Desperate Housewives", and "No Ordinary Family". She is currently recurring on the television show, "A Gifted Man". 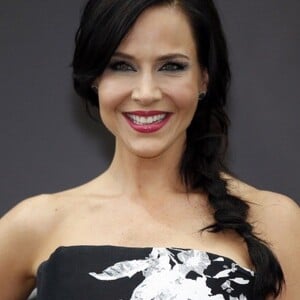