What is Julie Andrews' Net Worth and Salary?

Julie Andrews is an English film and stage actress, singer, and dancer who has a net worth of $30 million. Although she originally rose to fame as a child actress in stage productions, Andrews later cemented herself as one of the entertainment industry's leading stars. One of her most memorable roles was in "Mary Poppins," in which she played the lead. She also won an Academy Award for Best Actress as a result of her performance.

Julie continues to book roles well into the modern era and has established herself as a talented voice actress in recent years. Andrews is considered one of the most accomplished actresses of the current generation and has won numerous awards. Outside of acting, she is also praised for her impressive singing abilities, which she has put to good use in various musicals.

Julia Elizabeth Wells was born on October 1st of 1935 in Walton-on-Thames, Surrey, England. Although she was raised by Ted Wells, her real father was actually a different man – as her mother had an affair with a family friend. This family friend was Julie's real father. Andrews did not discover this until 1950, and she didn't reveal it to the world until publishing her autobiography in 2008.

Julie's parents divorced shortly after the beginning of the Second World War. Although she lived with Ted Well briefly, she was sent to live with her mother in 1940. Her mother and her new husband lived in poverty, but Ted Wells believed they were better equipped to help Julie succeed in the entertainment industry, as they had a few connections. However, Julie's stepfather proved to be a violent drunk and tried to sexually abuse her on more than one occasion.

That being said, Julie's stepfather and her mother were rising stars in the local theatre scene, and they paid for her acting lessons. Andrews attended an independent arts educational school and began voice training under a prominent British soprano singer. It was clear that Julie was destined for great things.

Julie Andrews started her career on the stage, appearing alongside her parents in various productions. Eventually, her stepfather introduced her to Val Parnell, an entrepreneur with enormous influence over live performance venues throughout London. In 1947, Julie Andrews performed a professional solo at the London Hippodrome. The next year, she performed in front of King George VI and Queen Elizabeth at the London Palladium.

She spent the next few years advancing her career in radio and television before appearing in various theatre productions on London's West End. In 1952, she began her voice acting career by voicing Princess Zeila in "The Singing Princess," an Italian animated film.

By 1954, Julie Andrews was performing on Broadway, starting with the musical "The Boy Friend." She followed up with "My Fair Lady" and then booked a role in the made-for-TV film "High Tor." After appearing in a range of variety and talk shows throughout the 50s and early 60s, Andrews made her breakthrough by landing the title role in 1963's "Mary Poppins." Walt Disney personally insisted on casting Andrews for the role, and it became his biggest-box office success at the time. Julie won an Academy Award for Best Actress as a result of her performance. 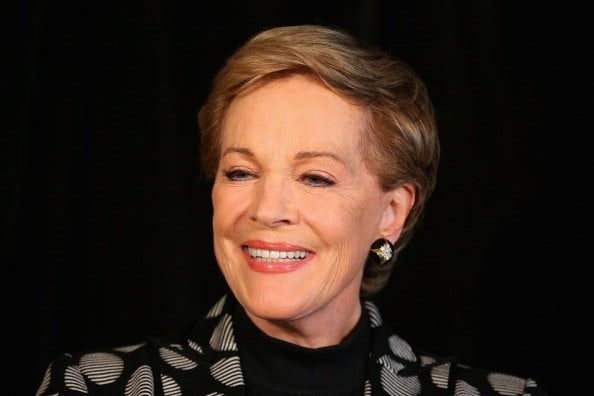 The Sound of Music

Andrews followed up in 1965 with "The Sound of Music," another hugely-successful film with excellent box office earnings. After adjusting for inflation, it remains the third-highest-grossing film in US history. Julie won more awards as a result of her starring role, including a Golden Globe and an Academy Award nomination.

Unfortunately, Andrews' career took something of a nosedive after these two massive successes. Both "Star!" and "Darling Lili" proved to be massive box office failures, and Julie subsequently veered more towards television. During one year between 1972 and 1973, she hosted her own variety show.

In 1982 Julie starred in "Victor/Victoria" which proved to be a commercial hit, doubling its $15 million budget with $30 million in box office earnings. She would go on to win a Golden Globe for Best Actress – Motion Picture or Musical for the part. She also was nominated for an Academy Award.

She continued to focus more on TV roles until the mid-90s.

In 1995 Julie made her first appearance on a Broadway stage in over three decades when she starred in a stage production of "Victor/Victoria." The production toured the globe and earned Julie a Tony Award nomination. Interestingly, she declined the nomination because it was the only nomination received by the production and she felt they had been snubbed.

At the end of 1997 Julie had to step down from the stage version of "Victor/Victoria" after developing a hoarse throat. To treat the hoarseness she had a surgery to remove non-cancerous throat nodules. The surgery ended up causing permanent damage to her singing voice which made it impossible for her to continue with the production or sing on stage again. Four follow up surgeries at a different hospital helped restore Julie's speaking voice, but could not restore her singing voice. As a result, Julie ended up suing the doctors who operated on her throat. The lawsuit was settled for an undisclosed, presumably very large, amount.

Andrews went in for surgery with doctors assuring her that she had "cancerous nodules" that needed to be removed. The surgery permanently damaged her vocal cords, and Julie later determined that her loss of voice was the result of a relatively straightforward strain from a previous role. In 1999, she filed a malpractice suit against the doctors who performed her surgery, and she settled in 2000 for an undisclosed fee. Julie's voice has never recovered.

This setback put a serious dent in Julie Andrews' career, although she returned in 2001 with a role in "The Princess Diaries." She also reprised her role in the film's sequel. In 2004, she landed a voice acting role in "Shrek 2," playing Queen Lillian. She reprised her role in many spin-offs and sequels. A further voice acting role came with the film "Despicable Me" and its sequels, in which she played Marlena Gru.

Julie's first marriage was to Tony Walton, a set designer. She married him in 1959 and they separated in 1967 after having one child together. . Next, Andrews married Blake Edwards, a director. Their marriage lasted from 1969 until Edwards' passing in 2010. During their relationship, they adopted two Vietnamese daughters.

In 2012, Julie Andrews listed her Brentwood home for a sum of $2.649 million. She quickly found a buyer for the property, which she originally lived in with her late husband. The gated property features cathedral ceilings, an artist's studio, and four bedrooms. The outdoor area boasts a swimming pool and a spa. Julie and her husband originally purchased the property back in 1989 for $1.2 million. 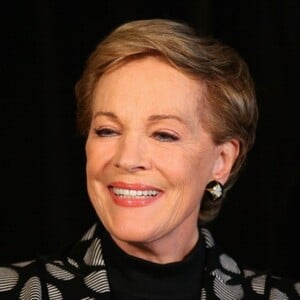