What is Julianne Moore's Net Worth and Salary?

Julianne Moore is an American-British actress who has a net worth of $55 million.  She came into prominence in the early '90s and is especially known for her portrayals of emotionally troubled women. In 2020, The New York Times ranked her #11 in its list of the 25 Greatest Actors of the 21st Century.

Julianne Moore was born on December 3, 1960 in Fort Bragg, North Carolina. She grew up in a military family, the oldest of three siblings and daughter of Peter Moore Smith, a paratrooper in the U.S. Army, and mother Anne, a Scottish psychologist and social worker from Greenock, Scotland, who immigrated to the U.S. in 1951. Due to her father's occupation, Moore moved around frequently, including stays in Alabama, Texas, Georgia, Panama, Nebraska, Alaska, and many others. She attended nine different schools and has said the constant relocation made her an insecure child who struggled to make friends.

When Moore was 16, the family moved from Virginia to Frankfurt, West Germany, where she attended Frankfurt American High School. She planned to become a doctor and had never even considered acting or a theater. Her reading hobby eventually led to her interest in plays and she appeared in several productions at her high school including "Tartuffe and Medea." With that performance, Moore was encouraged by her English teacher to pursue an acting career. She was accepted to Boston University and graduated with a BFA in Theater in 1983.

After studying theatre at Boston University, Moore began her career with a series of television roles and while working as a waitress. She began her career in off-Broadway theatre. Her first role on screen was in an episode of the soap opera "The Edge of Night." Between 1985 and 1988, she was a regular, playing double roles of half-sisters Frannie and Sabrina Hughes on the soap opera "As the World Turns," where she earned a Daytime Emmy. She returned to the stage next to star in a production of "Hamlet" at the Guthrie Theater.

Throughout the '90s she played many supporting roles, including her breakthrough role in Robert Altman's Short Cuts (1993), followed by critically acclaimed performances in Vanya on 42nd Street (1994) and Safe (1995). Starring roles in the blockbusters Nine Months (1995) and The Lost World: Jurassic Park (1997) set her up for worldwide recognition established her as a leading Hollywood actress. Moore received Oscar nominations for Boogie Nights (1997), The End of the Affair (1999), Far from Heaven (2002) and The Hours (2002). Other notable film appearances include The Big Lebowski (1998), Magnolia (1999), Hannibal (2001) and Children of Men (2006). She continued to work steadily in the 2010s, receiving praise for her performances in The Kids Are Alright (2010), the television film Game Change (2012), in which she portrayed Sarah Palin and received the Emmy Award, Golden Globe Award and Screen Actors Guild Award for Best Actress.

Moore enjoyed further success both critically and commercially in 2014. Her first release of the year was alongside Liam Neeson in "Non-Stop," set aboard an airplane. The critical response was mixed, but the action-thriller earned $223 million worldwide. Her next release was playing an aging actress in the black comedy "Maps to the Stars." For this, she won Best Actress at Cannes, making her the second actress in history, after Juliette Binoche, to win Best Actress awards at the "Big Three" film festivals (Berlin, Cannes, and Venice). She also received a Golden Globe nod for her performance in the film. 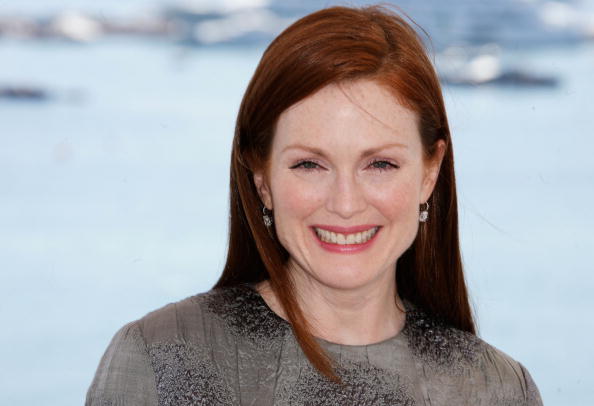 Her next film in 2014 was a supporting role in the third installment of the "Hunger Games" film series, "Mockingjay–Part 1." Lastly in 2014, Moore played the role that was one of the most acclaimed of her career so far, in the drama "Still Alice." Moore played the leading role of a linguistics professor diagnosed with early-onset Alzheimers.  Moore was awarded the Golden Globe, SAG, BAFTA for Best Actress, and, after five nominations, finally nabbed her first Oscar for Best Actress. In 2015, Moore appeared again in the final film of the Hunger Games series: "Mockingjay–Part 2." After a brief absence from the screen, Moore released three films in 2017: "Wonderstruck," Sububicon," and "Kingsman: The Golden Circle."

In 2018, Moore appeared in two independent films, "Gloria Bell" and "After the Wedding," Later that year, she appeared in "The Staggering Girl," a short film by Luca Guadagnino. She began 2020 appearing in the biopic "The Glorias," portraying feminist icon Gloria Steinem. She is slated to appear in the Netflix thriller "The Woman in the Window," co-starring with Gary Oldman and Amy Adams, as well as an Apple TV miniseries called "Lisey's Story," adapted from a Stephen King thriller of the same title. Moore is also slated to appear as an ice road trucker in the biopic "Mothertrucker" and in a supporting role in Stephen Chbosky's musical "Dear Evan Hansen."

In addition to acting, Moore has written a successful series of children's books.

Her first husband was actor and stage director John Gould Ruvin, whom she met in 1984 and married two years later. They were separated by 1993 and their divorce was finalized in August 1995. Moore began dating Bart Freundlich, her director on "The Myth of Fingerprints," in 1996. They have a son and a daughter and got married in August 2003. The family resides in Greenwich Village, New York City.

Julianne claimed UK citizenship in 2011 to honor her deceased mother. She is politically liberal and supported Barack Obama during the 2008 and 2012 presidential elections. Moore is a pro choice activist and sits on the board of advocates for Planned Parenthood. A campaigner for gay rights and gun control, she also supports Save the Children and March For Our Lives. Moore also works with Everytown for Gun Safety.

In 2003 she paid $3.5 million for a home in NYC's West Village. In 2010 she tried to sell this townhouse for $12 million. A year later she actually RAISED the asking price to $12.5 million. She appears to still own this property.

In 2007 Julianne paid $1.05 million for a home in the Hamptons. She listed the home for sale in 2015 for $3.5 million. She ultimately removed the listing and still owns the home today. She and her family had been spending most of their time at this house during the 2020 Covid pandemic. Unfortunately they were less enthusiastic about this house after finding a drunken intruder sleeping on their couch one morning. The family reportedly decamped to a new property on 10-acres near by that has better security. 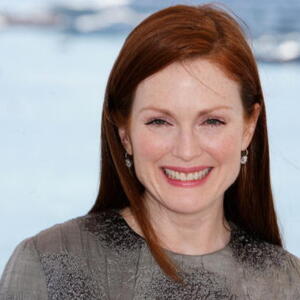