What is Julianna Margulies' Net Worth and Salary?

Julianna Margulies is an American actress and producer who has a net worth of $24 million. Margulies is best known for her Emmy-winning performances as Carol Hathaway on the NBC medical drama "ER" (1994–2000; 2009) and Alicia Florrick on the CBS series "The Good Wife" (2009–2016).

Margulies published the children's book "Three Magic Balloons" in 2016, followed by the memoir "Sunshine Girl: An Unexpected Life" in 2021. In 2015, Julianna was featured on "Time" magazine's "100 Most Influential People in the World" list.

What was Julianna Margulies' salary per episode of The Good Wife? $180,000.

Julianna Margulies was born Julianna Luisa Margulies on June 8, 1966, in Spring Valley, New York. Her father, Paul, was a writer, advertising executive, and philosopher, and her mother, Francesca, was a eurythmy teacher and ballet dancer. Julianna has two older sisters, Rachel and Alexandra, and during her youth, the family lived in New York, Paris, and Sussex, England. Margulies attended Green Meadow Waldorf School in New York and High Mowing School in New Hampshire. After graduation, she enrolled at Sarah Lawrence College, where she performed in school plays and earned a Bachelor of Arts degree in liberal arts.

Margulies made her big screen debut in the 1991 Steven Seagal film "Out for Justice," then she guest-starred on "Murder, She Wrote" (1993), "Law & Order" (1993), and "Homicide: Life on the Street" (1994). In 1994, Julianna landed the role that would change her life: Nurse Carol Hathaway on "ER." She spent six seasons on the show, leaving in 2000, then she returned for one episode in 2009. While starring on "ER," Margulies appeared in several films, including "Traveller" (1997), "Paradise Road" (1997), and "A Price Above Rubies" (1998), and voiced Neera in the computer-animated Disney movie "Dinosaur," which grossed $349.8 million at the box office. Around this time, she also guest-starred on "The Larry Sanders Show" (1995) and "Ellen" (1998), performed in a 1999 production of "The Vagina Monologues" at the Westside Theatre, and hosted a 2000 episode of "Saturday Night Live." In 2001, Julianna played Morgaine in the Emmy-nominated miniseries "The Mists of Avalon" and appeared in the television film "Jenifer," and the following year, she starred in the films "The Man from Elysian Fields," "Evelyn," and "Ghost Ship."

Margulies appeared on Broadway for the first time in "The 24 Hour Plays 2003" at the American Airlines Theatre, and she returned to Broadway for "Escape: 6 Ways to Get Away 2" (2005), "Festen" (2006), and "The 24 Hour Plays 2006." She appeared in the 2003 miniseries "Hitler: The Rise of Evil," then guest-starred on "Scrubs" (2004) and played an NSA Operative in the 2004 TNT/BBC Two serial "The Grid." Julianna appeared in 2005's "Slingshot" and 2006's "The Darwin Awards," "Snakes on a Plane," and "Beautiful Ohio," and she narrated the 2006 documentary "The Armenian Genocide." She played realtor Julianna Skiff in four episodes of "The Sopranos" from 2006 to 2007, and she starred as Jennifer Bloom on the 2006 Syfy miniseries "The Lost Room." In 2008, Margulies played the lead role on the Fox legal drama "Canterbury's Law," and in 2009, she began starring as Alicia Florrick on "The Good Wife." The series aired 156 episodes over seven seasons and earned Julianna several awards. 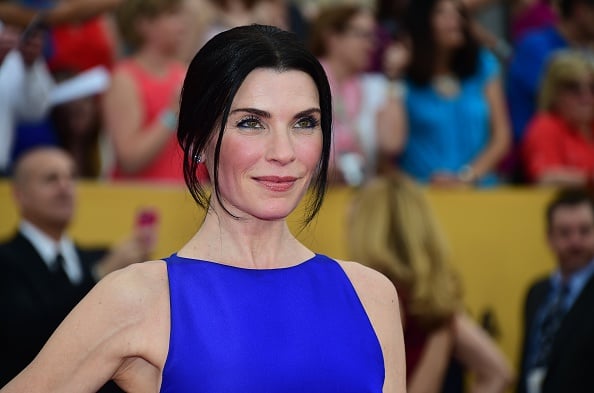 Margulies appeared in the films "City Island" (2009) and "Stand Up Guys" (2012), and she narrated the 2011 documentary "No Job for a Woman: The Women Who Fought to Report WWII." She guest-starred on "Sesame Street" in 2010, and in 2014, she narrated the "Women in Business" episode of the PBS series "Makers: Women Who Make America." Julianna co-starred with Bryan Cranston, Kevin Hart, and Nicole Kidman in the 2017 film "The Upside," which brought in $125.9 million at the box office, and that year she also appeared in the drama "Three Christs." In 2018, she starred as Kitty Montgomery on the AMC series "Dietland," and in 2019, she played Dr. Nancy Jaax on National Geographic's "The Hot Zone." In 2020, Margulies had a recurring role as Catherine Brant on Showtime's "Billions" and joined the cast of the Apple TV+ series "The Morning Show," which stars Jennifer Aniston and Reese Witherspoon.

Julianna began a relationship with Ron Eldard in 1991 after meeting him in an acting class, and they stayed together until 2003. Eldard played Ray 'Shep' Shepard on 17 episodes of "ER" from 1995 to 1996, and he co-starred with Margulies in the 2002 horror film "Ghost Ship." Julianna married Keith Lieberthal, an attorney, on November 10, 2007, and they welcomed son Kieran on January 17, 2008. For years, Margulies has worked to get Erin's Law, which would require schools to teach students about sexual abuse prevention, passed in every state. Julianna has said of the law, "Erin's Law will give children a fighting chance, a voice, and the tools to help protect themselves. It should be passed in all 50 states. Common sense. It's as simple as that."

In 2004, Margulies paid $2.44 million for a 2,200 square foot apartment (consisting of two adjoining units) in the SoHo neighborhood of New York City. After Kieran was born, Julianna and Keith enlisted Vicente Wolf to help them redesign the apartment. The couple put the three-bedroom, three-bathroom home on the market for $5.75 million in 2019. 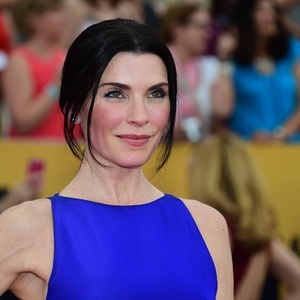