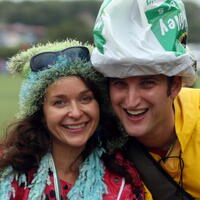 Julia Sawalha net worth: Julia Sawalha is an English actress who has a net worth of $10 million. Julia Sawalha was born in Lambeth, London, United Kingdom in September 1968. She is best known for starring as Saffron Monsoon in the television series Absolutely Fabulous from 1992 to 2012. Sawalha starred as Lynda Day in the TV series Press Gang from 1989 to 1993. From 1991 to 1994 she starred as Hannah in the series Second Thoughts. From 1995 to 1998 Sawalha starred as Hannah in the television series Faith in the Future. From 2000 to 2001 she starred as Janet Wilson in the TV series Time Gentlemen Please.  Sawalha starred as Dorcas Lane in the series Lark Rise to Candleford from 2008 to 2011. In 1993 she won a Royal Television Society, UK Award for Best Actor – Female for Press Gang. Julia's sister Nadia is also an actress who is probably most famous for appearing on the BBC One soap opera EastEnders.