Julia Ormond Net Worth: Julia Ormond is an English actress who has a net worth of $5 million dollars. Born in Epsom, Surrey, England, in 1965, Julia Ormond appeared in "My Fair Lady" and "Guys and Dolls" while at the Cranleigh School. Her first known role came in 1989's British series "Traffik". She went on to appear in "Stalin" and "The Baby of Macon" before landing a part opposite Brad Pitt in "Legends of the Fall". Ormond went on to co-star with Sean Connery and Richard Gere in "First Knight" and with Harrison Ford in "Sabrina". She scored roles in "The Curious Case of Benjamin Button", "My Week with Marilyn", and "Che: Part One". Ormond's TV parts include appearances in "CSI: NY", "Law & Order: Criminal Intent", and "Witches of East End". Ormon won her first Emmy Award for "Temple Grandin" and was nominated for a second for her role as Marie Calvet on "Mad Men". Ormond has had a productive stage career in addition to her on-screen work with an Olivier Award nomination for Best Actress for her performance in a production of "My Zinc Bed". She has been married and divorced twice, first to actor Rory Edwards and later to activist Jon Rubin. Ormond is active in several causes, including the fight against human trafficking and increasing AIDS awareness. 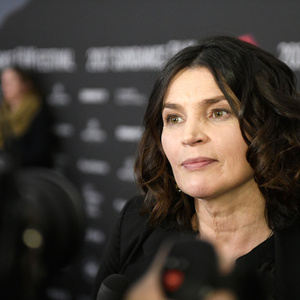