Julia Jones Net Worth: Julia Jones is an American actress who has a net worth of $1 million. Julia Jones was born in Boston, Massachusetts in January 1981. She is best known for playing the role of Leah Clearwater in The Twilight Saga films. She started studying at the Boston Ballet School at four years old. At eight Julia worked in commercials and local theater. She graduated from the oldest school in America, Boston Latin School, and Columbia University. As a model she has worked for The Gap, Levi's, L'Oreal, and Esprit. Her debut role came in the movie The Look in 2003. In 2008 Jones had a recurring role on the series ER as Kaya Montoya. She starred as Leah Clearwater in The Twilight Saga: Eclipse in 2010, The Twilight Saga: Breaking Dawn – Part 1 in 2011, and The Twilight Saga: Breaking Dawn – Part 2 in 2012. Jones has also starred in the films Black Cloud, Hell Ride, Three Priests, Jonah Hex, California Indian, Missed Connections, Winter in the Blood, and The Thanksgiving House. In 2004 she won a First Americans in the Arts Award for Best Actress in Black Cloud. She has also appeared in a music video for Chuck Wick and in the play Palestine, New Mexico in 2009. 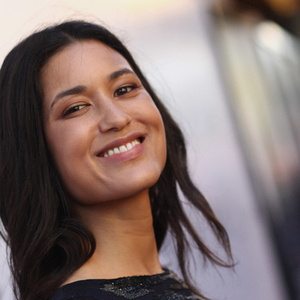