Julia Butters net worth: Julia Butters is an American actress who has a net worth of $400 thousand. She is best known for starring on the TV series American Housewife and in the movie Once Upon a Time in Hollywood.

Julia Butters was born in Los Angeles, California in April 2009. She started acting in commercials at two years old and her first acting credit came in 2014 in an episode of the TV series Criminal Minds. Butters starred as Ella on the television series Transparent from 2015 to 2016. In 2016 she began starring as Anna-Kat Otto on the TV series American Housewife. Julia Butters starred as Trudi Fraser in the film Once Upon a Time… in Hollywood in 2019. She has also appeared in the movies 13 Hours: The Secret Soldiers of Benghazi, Term Life, and A Family Man. Butters has appeared in episodes of the TV series Best Friends Whenever, The Kicks, and Short Circuit. She was nominated for a Screen Actors Guild Award for Outstanding Performance by a Cast in a Motion Picture for Once Upon a Time… in Hollywood in 2020. 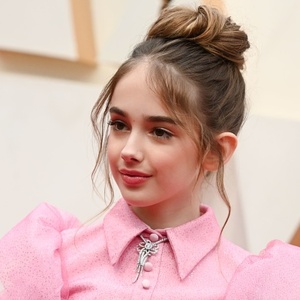