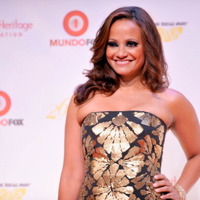 Judy Reyes Net Worth: Judy Reyes is an American actress who has a net worth of $6 million dollars. Judy Reyes was born November 5, 1967 in The Bronx, New York City, New York. She is best known for her roles as Carla Espinosa on the NBC sitcom Scrubs (2001-2009) and as Zoila Diaz in the Lifetime comedy-drama Devious Maids (2013–present). Reyes took an interest in acting when she was studying at Hunter College in Manhattan. Judy Reyes has a twin sister who at one point appeared on Law and Order: Special Victims Unit. Judy Reyes' first starring role was in the 1992 independent film Jack and his Friends. She then turned to the New York Theater and later co-founded the LABryinth Theater Company, a theater which provides a venue for persons of different cultures to express themselves through acting. Reyes did not, however, limit herself to stage projects. She went on to star in, produce and direct several independent films, two of which are Taino and the award-winning Glow Ropes. Reyes' most notable role to date is still on Scrubs, as Nurse Carla Espinosa, the feisty and aggressive lady-love of surgical intern Chris Turk. Her other film credits include Bringing Out the Dead by renowned director Martin Scorsese, Washington Heights, the made-for-television The Prosecutors, and the Hallmark movie Our House. She has also been involved in independently produced films, appearing in Went to Coney Island on a Mission from God, Be Back by Five. She co-produced a short film called Taino with her husband and the film was screened at the 1999 New York International Film Festival and the 2001 Los Angeles Latino Film Festival. After Scrubs, she appeared in the ABC drama Off the Map and in the 2011 film Gun Hill Road. In 2013, she became part of the ABC series Devious Maids.