Judy Geeson net worth: Judy Geeson is an English actress who has a net worth of $3 million. Judy Geeson was born in Arundel, Sussex, England, United Kingdom in September 1948. Judy's sister Sally Gleeson is also an actress. Judy attended Corona Stage Academy and debuted on stage in 1957. She first appeared on television in 1962 in the series Emergency-Ward 10.

From 1965 to 1966 she starred as Maria Cooper in the TV series The Newcomers. She starred in the TV series Star maidens in 1976 and Poldark from 1975 to 1977. In 1979 Geeson starred in the television series Danger UXB and in 1980 in Breakaway. From 1992 to 1999 she starred as Maggie Conway in the television series Mad About You. She has also starred in the movies To Sir, With Love, Here We Go Round the Mulberry Bush, Hammerhead, The Executioner, Adventures of a Taxi Driver, Carry On England, The Eagle Has Landed, Inseminoid, The Duke, Everything Put Together, Spanish Fly, and The Lords of Salem. Geeson has also appeared in episodes of the TV series Murder, She Wrote, The A-Team, MacGyver, Star Trek: Voyager, NewsRadio, Touched by an Angel, Charmed, and Gilmore Girls. 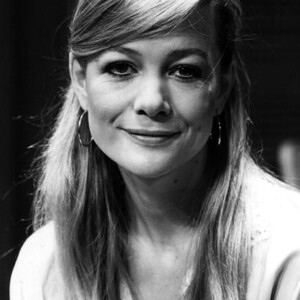