Judith Light Net Worth: Judith Light is an American actress who has a net worth of $16 million. After making her Broadway debut in 1970, Light reached prominence after booking a role in the revival of "A Doll's House." Judith then transitioned towards television, accepting a role in the well-known soap opera "One Life to Live" in 1977. While playing the character Karen Wolek, Light won widespread critical acclaim and was rewarded with two Daytime Emmy Awards.

Throughout the next period, Light continued to appear in a range of television series, winning further Emmy nominations. She also continued to advance her stage career with numerous Broadway plays. In 2019, Judith Light was given a star on the Hollywood Walk of Fame. Outside of acting, she is especially well-known for her activism work, particularly in the areas of LGBTQ+ rights and HIV/AIDS awareness.

Early Life: Judith Ellen Light was born on February 9th of 1949 in Trenton, New Jersey. Raised in a Jewish household, Light graduated from high school in 1966. She then attended Carnegie Mellon University and studied acting. After a rigorous few years in college, Light graduated with a degree in drama.

Career: Light's first acting role came in 1970 when she booked a role in a production of Richard III at the California Shakespeare Festival. Five years later, she truly arrived on the scene with a role in a Broadway production of "A Doll's House." One year passed before she appeared on the Broadway stage once again with a production of "Herzl." During this period, Judith advanced her stage career through theatre companies like the Milwaukee Repertory Theater and the Seattle Repertory Theatre.

Although the 70s started strong for Light, she was panicking by the end of the decade. Unable to land any parts, she even considered quitting acting altogether after her financial situation worsened. As the theater world seemed to shut its doors on Judith, she reluctantly turned to television instead. Despite promising herself that she would never accept a role on a soap opera, she agreed to audition for "One Life to Live" in 1977 after learning that there was a daily salary of $350.

Although Judith initially auditioned for a role as an understudy, she was instead cast in the main role of Karen Wolek. Not only did this role come with excellent compensation, but it also gave Judith the chance to truly flex her acting muscles. Throughout the various storylines of "One Life to Live," Judith's character became an alcoholic and a prostitute. Her acting performances helped "One Life to Live" become one of the highest-rating series in the late 70s and early 80s.

After a memorable scene involving Judith's character admitting to her entire town that she was a prostitute, Light won her first Daytime Emmy Award in 1980 for "Lead Actress in a Daytime Drama Series." Light's acting skills were so incredible during this scene that acting instructors continue to show it to their students as an example. Next year, she won another Emmy award for the same role.

After leaving "One Life to Live" in 1983, Light booked another role in "St. Elsewhere." In the 90s, Judith played the role of Angela Bower on the ABC sitcom "Who's the Boss?" This show proved to be very successful in terms of ratings, and critics today rank it as one of the best sitcoms ever made. During this period, Light also booked roles in various TV films, such as "Stamp of a Killer," "The Ryan White Story," and "Wife, Mother Murderer."

After her time with "Who's the Boss?" came to a close, Light starred in Phenom, another ABC sitcom. Towards the end of the 90s, she appeared in the short-lived CBS sitcom "The Simple Life." Once again, she split her time between TV series and made-for-TV films like "Men Don't Tell" and "Too Close to Home." By 1999, Judith had finally returned to the stage with an off-Broadway production of "Wit." She had to shave her head to play the role of a cancer patient in this play.

In the 2000s, Light appeared in TV series like "Law & Order: Special Victims Unit" and "The Stones." In 2006, Judith rose to prominence once again with a key role in the series "Ugly Betty." This earned her more awards, including a Primetime Emmy Award nomination and a Screen Actors Guild Award. After a few failed television pilots, Light focused more on movies such as "Ira & Abby," "Save Me," "Last Weekend," and "We'll Never Have Paris." Also in the 2010s, Judith appeared in the Broadway play "Lombardi," receiving a Tony Award nomination for her performance. Further plays during this period included "Other Desert Cities" and "The Assembled Parties."

During the next few years, Light gained recognition for her appearances in series like "Dallas" and "Transparent." In 2015, Judith appeared on the Broadway stage once again with "Therese Raquin." In 2018, Light was praised by critics for her performance in the FX series "The Assassination of Gianni Versace: American Crime Story." She also won another nomination for an Emmy Award. In 2019, she booked a guest-starring role in the Netflix series "The Politician" before joining the main cast in 2020. 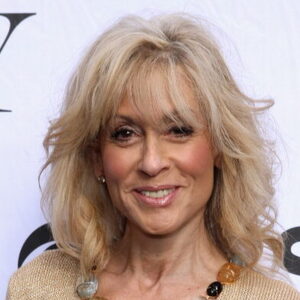