Juanpa Zurita was born in Mexico City, Mexico in March 1996. He became popular in 2013 after he started posting comedy videos on Vine. Zurita began to publish vlogs and other videos on YouTube and has created campaigns for humanitarian aid causes. Juanpa Zurita began modeling for brands like Louis Vuitton, Calvin Klein, Pull&Bear, and Dolce & Gabbana in 2016. He was named the MTV Latin America icon of the year in 2015. Zurita has more than 23 million followers on Instagram and 10 million on YouTube and another five million on Twitter. He was named to the Forbes 30 Under 30 list in 2017. Juanpa Zurita appeared in episodes of the TV first Luis Miguel and Fight of the Living Dead. He appeared in the films The Last Jotita and Alexander IRL and in the shorts Next Top Model and My Big Fat Hispanic Family. He has won multiple MTV Awards and a GQ Award. 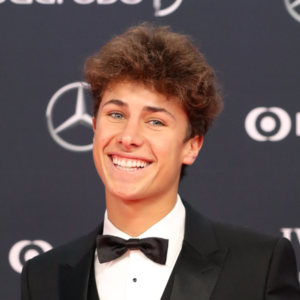