He was a senior news analyst for NPR from 1999 until October 2010, and he worked for 23 years at The Washington Post as an editorial writer, op-ed columnist, White House correspondent, and national correspondent. Juan Williams is the author of Eyes on the Prize: America's Civil Rights Years, 1954-1965. He also received an Emmy Award and critical praise for his television documentary work and has won several awards for investigative journalism and his opinion columns. Williams was born in Colón, Panama on April 10, 1954 and graduated from Oakwood Friends School in Poughkeepsie, New York in 1972. He attended Haverford College in Pennsylvania graduated with a baccalaureate in philosophy in 1976. Williams started his journalism career at The Washington Post and joined National Public Radio (NPR) in 2000. Upon joining the cast of Fox News, and beginning to making harsh comments about Muslims and Michelle Obama on the Fox show "The O'Reilly Factor," NPR terminated his contract. Juan Williams married Delise Susan in 1978. They have three children (a daughter, Rae and two sons, Antonio and Raphael). Antonio (Tony), was a Senate page and intern for GOP Senator Strom Thurmond, a speechwriter and legislative correspondent for Republican Senator Norm Coleman, and ran unsuccessfully for a seat on the Council of the District of Columbia. Their younger son, Raphael (Raffi), studied anthropology and played lacrosse at Haverford College. He has worked for The House Committee on Rules and was the Communications Director for Benishek for Congress. 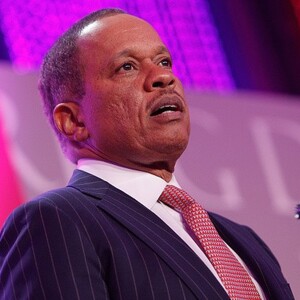