What is Joyce DeWitt's Net Worth?

Joyce DeWitt is an American actress who has a net worth of $4 million. Joyce Dewitt has earned her net worth from her acting in films, TV and her long-standing role in Three's Company. Born Joyce Anne DeWitt, she is most famous for playing the adorable character Janet Wood on the ABC sitcom Three's Company.

Unfortunately, Joyce DeWitt seemingly withdrew from the show biz after the end of the show. According to rumors, she left the industry because of poor treatment from producers. But these speculations were probably false, as the actress made a comeback appearing in a number of movies in the new millennium including 2001's 18 and 2009's Call of the Wild.

Born on April 23, 1949 in Wheeling West Virginia to Paul and Norma DeWitt, Joyce DeWitt grew up in the Indianapolis suburb of Speedway, Indiana. Joyce is of Italian descent on her mother's side and Dutch on her father's side. While attending Speedway Senior High School, she worked a side job at the Indianapolis Motor Speedway ticket office.

DeWitt first caught the acting bug while she was competing in speech and debate events through the Indiana High School Forensic Association. Her first appearance on stage was at age 13 and she fell in love immediately. DeWitt got a bachelor's degree in theater from Ball State University and moved to California to try and scope out an acting career. While there, she earned her master's degree from the University of California, graduating in 1974. During college, DeWitt paid the bills by working as a secretary.

A theater performer since childhood, DeWitt started to consider acting as a profession after earning her master's at UCLA. She made her debut with a small appearance on the series Baretta, and soon she was offered to be auditioned for one of two different comedy pilots.

Her big breakthrough came once she was cast as Janet Wood for the series "Three's Company," which premiered in 1976 and became a massive hit, running until the year 1984. She portrayed Janet as well in the spinoff series "The Ropers" in 1979. Later that year, DeWitt appeared on an episode of "The Love Boat."

DeWitt appeared in an episode of "Finder of Lost Loves" after the run of "Three's Company" ended. DeWitt then quit acting for several years and only resumed in 1991 with a part on the stage production of "Noises Off" at Michigan's Cherry County Playhouse. Later, Joyce appeared in the 1995 TV comedy film "Spring Fling!" In the late nineties, Joyce made guest appearances as herself on the shows "Living Single," "Twitch," and "Cybil."

In the 2000s, Joyce appeared in TV shows "Hope Island" and "The Nick at Nite Holiday Special." In 2009, DeWitt appeared in the adventure film "Call of the Wild." 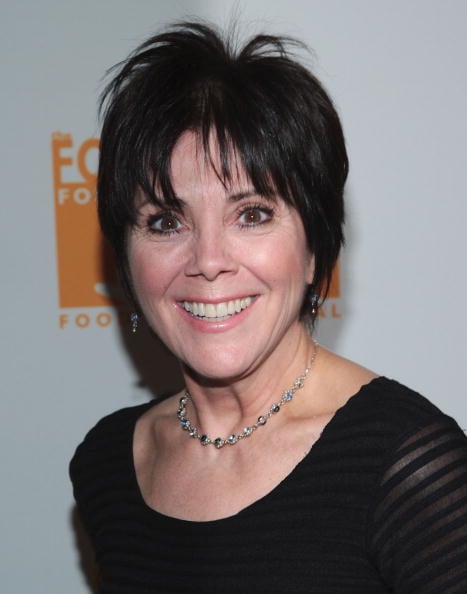 In 2003, DeWitt co-produced and hosted 2003's "Behind the Camera: The Unauthorized Story of Three's Company." Actress Melanie Paxson portrayed DeWitt in the movie. In 2008, DeWitt starred in the indie film "Failing Better Now." The following year, DeWitt starred in "Married Alive," a stage production in Calgary, Canada. DeWitt starred in a New York City production of the play "Miss Abigail's Guide to Dating, Mating & Marriage" in 2011. That same year, she was in the Canadian Stage Production of "Dinner with Friends" at the Theatre Aquarius in Hamilton. DeWitt appeared in two stage productions of "Love Letters" in 2012, opposite Tab Hunter and Tony Dow.

DeWitt made a landmark appearance on Suzanne Somer's talk show at the time ("Suzanne Somers: Breaking Through") in 2012, where the two chatted and looked back on their time on "Three's Company" together and exchanged stories about the last time they saw or spoke to their beloved co-star John Ritter, who had tragically passed away from an aortic dissection in 2003. Somers addressed a major falling out that arose between her and Joyce during their time working together, mainly due to a salary dispute. Joyce's appearance on the show marked the first time the two had seen or spoken to each other in 31 years.

In 2018, DeWitt appeared yet again on stage, playing Mother Superior in "Nunsense" at the Hunterdon Hills Playhouse in New Jersey. Later that year, DeWitt landed the role of Detective Randi Toney in the film "The Savant." Other films and works of DeWitt include "The Great Fight," "Snapshot," "My Boyfriend's Dogs," "Rock Story,"

DeWitt is very active in charity, participating with members of the House and Senate at the Capitol Hill Forum on Hunger and Homelessness. She also has hosted presentations fo the Family Assistance Program in Hollywood. DeWitt hosted, at the White House for Presidential End to Hunger Awards, the International Awards Ceremony. DeWitt also co-hosted, along with Jeff Bridges, the World Food Day Gala at the Kennedy Center.

She has never been married and has always been very private about her personal life, particularly during her time in the spotlight. She once dated Randolph Mantooth and she was in a relationship with actor/director Ray Buktenica from 1973 to 1980.

DeWitt was arrested for drunk driving in El Segundo, California on July 4, 2009. Police pulled her over after she drove past a barricade near a park and she was arrested after she exhibited signs she had been drinking and subsequently failed the sobriety test she was given. She was booked and cited but released after she paid her own bond. On May 27, 2010, DeWitt pleaded no contest to a misdemeanor and was placed on three years' probation. She was also ordered to undergo a nine-month alcohol addiction program. She was also ordered to pay a $510 fine. A second misdemeanor count was dismissed in exchange for her no contest plea. 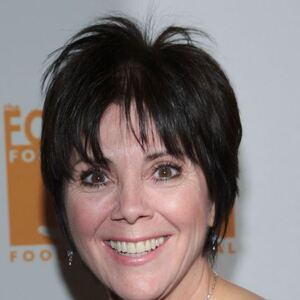