How much is Josie Harris Worth?

Josie Harris net worth: Josie Harris is an American entrepreneur and activist who has a net worth of $10 million dollars. She began dating famed boxer Floyd Mayweather when she was a teenager, and the two went on to have three children together. The relationship between Mayweather and Harris has been rocky for many years. In 2005, she filed charges against him for domestic battery, but later dropped the charges. She filed again in 2010, and the couple separated. In 2012, he was sentenced to jail time, after he assaulted her again in December of 2011, in an apparent jealous rage. Harris gave an in-depth interview with USA today in 2014, regarding her abusive relationship with Mayweather. In May 2015, Harris filed a $20 million lawsuit against Mayweather for defamation, relating to a later interview with Katie Couric. Harris has written a book that she has titled, "Undisputed L'UV."  The book is a way for Harris to set the record straight regarding her relationship with Mayweather. 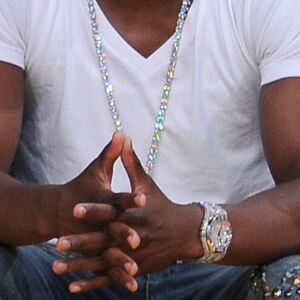