Joshua Morrow net worth and salary: Joshua Morrow is an American actor and singer who has a net worth of $12 million dollars. Born in Juneau, Alaska, Joshua Morrow graduated from Moorpark College with a degree in Communications and a minor in Theater. He began his professional career in the mid-90s, when he was cast as Nicholas Newman on the long-running soap opera, "The Young and the Restless". He has starred on The Young and the Restless continuously since 1994. In addition to his work on The Young and the Restless, he has also appeared in the films, "My Stepson, My Lover" and "Two Million Stupid Women". He had an especially busy year in 2013 when and he co-starred in the feature project, "Parker", and was slated to appear in "Tentacle 8" and "Golden Shoes". Outside of acting Joshua is a member of the pop group "3Deep" since 1998. He formed the group with fellow actor/musicians Eddie Cibrian and CJ Huyer. The trio achieved success in Canada, Europe, and Asia, but neither of their albums were released in the US. Joshua has been married to Tobe Keeney since 2001 and together they have four children.

Real Estate: In May 2019 Joshua Morrow listed his recently-renovated California home on Lake Sherwood for just under $5 million. 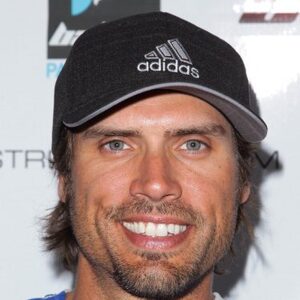