What is Joshua Jackson's net worth and salary?

Joshua Jackson is a Canadian-American actor who has a net worth of $8 million. After first gaining national recognition in the "Mighty Ducks", Joshua Jackson went on to become a bonafide star with his role on the hit show, "Dawson's Creek". He also appeared in several films and on the sci-fi show, "Fringe". Buddy TV ranked Jackson #9 on its 'TV's 100 Sexiest Men of 2010, #19 in 2011 and #14 in 2012.

He was born on June 11, 1978 in Vancouver, Canada, to parents John and Fiona. His mother, a native of Ballyfermot, Dublin, Ireland, is a casting director who immigrated to North America in the late '60s. Jackson's father is from Texas and abandoned the family when Jackson was just a child. He grew up in California until the age of 8 and then he and his younger sister were raised by his mother in Vancouver. Jackson attended the Ideal Mini School and later attended Kitsilano Secondary School.

Jackson broke into the film industry in a small role in Crooked Hearts (1991). He then starred in the role of Charlie in a musical version of "Willie Wonka and the Chocolate Factory." Soon after joining the roster at the William Morris Agency, he auditioned for the part of Charlie, an aspiring young hockey player, in The Mighty Ducks and won the role. Jackson appeared in an iconic role when he played Pacey Witter on Dawson's Creek, a WB show created by Kevin Williamson. The show ran from 1998-2003 and also starred future mega-celebs Katie Holmes, Michelle Williams, and James Van Der Beek. While the show was on hiatus, Jackson appeared in many movies on the side including "Cruel Intentions", starring alongside Sarah Michelle Gellar and Ryan Phillippe. He also appeared in "The Skulls," "The Safety of Objects," "The Laramie Project," and a cameo in "Ocean's Eleven" during this time. In 2000, he guest starred on "The Simpsons" and voiced a character named Jesse Grass, a "hunky environmentalist" and love interest for Lisa Simpson in the episode "Lisa the Tree Hugger." That same year he was cast in the movie "Gossip." For his work on "Dawson's Creek," Jackson won three Teen Choice Awards for Favorite Actor and was nominated for the same category each year.

Shortly after his role in Dawson's Creek ended, Jackson landed several lead movie roles for films including "Americano," "Shadows in the Sun," and "Aurora Borealis." In 2005, Jackson moved to the United Kingdom and made his stage debut on the London West End with Patrick Stewart in David Mamet's two-man play "A Life in the Theatre." The play was extremely successful and ran for three months. His next role was in "Bobby", directed by Emilio Estevez, his former "Mighty Ducks" co-star. Jackson then played the lead role in "Shutter." In 2009, he starred and acted as executive producer in the Canadian independent film "One Week." For this role, he won a Genie Award for Best Performance by an Actor in a Leading Role. 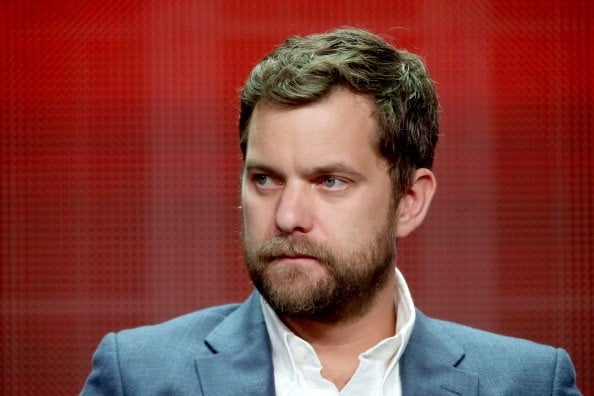 He later played Peter Bishop in the science-fiction series "Fringe" on the Fox TV network—the second-highest rated new show of the 2008-2009 season. The show was created by JJ Abrams, Roberto Orci, and Alex Kurtzman. In 2010, he helped and hosted the satirical Pacey-Con, across the street from the San Diego Comic-Con. He sported a bowling shirt and gave out fan fiction written by "Dawson's Creek" fans to those waiting in the Comic-Con entrance line. Footage of the event was recorded for the Funny or Die humor website. In 2013, Jackson appeared in "Inescapable" alongside Marisa Tomei.

From 2014-2018, Jackson starred as Cole Lockhart in the successful Showtime show "The Affair". While on hiatus from filming "The Affair," Jackson appeared in the film "Sky" and guest-starred on episodes of "Gravity Falls, "Unbreakable Kimmy Schmidt," and "Years of Living Dangerously." In March 2018, Jackson made his Broadway debut playing James Leeds in the stage version of "Children of a Lesser God." The play ran from March to May that year. In 2019, Jackson starred as defense attorney Mickey Joseph in the Netflix miniseries "When They See Us." In 2020, Jackson co-starred with Kerry Washington and Reese Witherspoon in Hulu's "Little Fires Everywhere."

Jackson was in a relationship with fellow Dawson's Creek co-star Katie Holmes during the first two seasons of the show's run. Holmes cites Jackson as her first love. Jackson began dating German actress Diane Kruger in 2006. After ten years together, the couple ended their relationship in 2016. Jackson has been in a relationship with British model and actress Jodie Turner-Smith since 2018. They married in December of 2019 and they welcomed their first child together in April 2020.

Jackson is a huge fan of the Vancouver Canucks hockey team. Jackson was arrested on November 9, 2002 at a Carolina Hurricanes hockey game in Raleigh, North Carolina, after fighting with a security guard. He was charged with assault, affray, public intoxication, and disruption and had a 0.14 blood alcohol content. His assault charge was dropped and Jackson agreed to attend an alcohol education program and perform 24 hours of community service.

In 2014 Joshua and Diane paid $2.9 million for a home in West Hollywood, California. In 2017, after their relationship ended, they put the home, which had been extensively remodeled and renovated, on the market for $6 million. They accepted $5.8 million.

Jackson owns his childhood home in Topanga, California. In 2002 he paid $865,000 for a 1.5-acre second property in Topanga. He previously resided in Wilmington, North Carolina and New York. In 2009, he moved back to Vancouver. 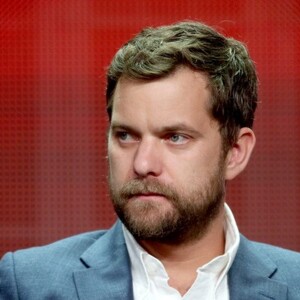