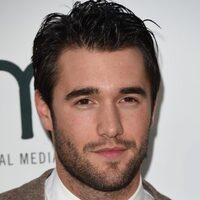 Josh Bowman Net Worth: Josh Bowman is a British actor who has a net worth of $3 million. He is best known for playing the role of Daniel Grayson on the TV series Revenge.

Josh Bowman was born in Windsor and Maidenhead, Berkshire, England in March 1988. He briefly played professional rugby for Saracens F.C. but was injured in his first ear. His first role came in a couple episodes of the TV series Genie in the House in 2007. He appeared in the series Myths in 2009 and had a recurring role as Scott James in the television series Holby City from 2009 to 2010. Bowman made his screen debut in 2010 starring in the movies 13Hrs and Prowl and the TV movie Betwixt. In 2011 he starred in the films Exteriors and Love's Kitchen and played Max in the TV series Make It or Break It. In 2012 he starred with Miley Cyrus in the movie So Undercover and in 2013 he starred in The Last Keepers. Bowman's best known role has been as Daniel Grayson since 2011 in the ABC series Revenge. For that role he has been nominated for Teen Choice Awards for Choice TV Actor: Drama and Choice TV Breakout Performance – Male.

Josh began dating his Revenge co-star Emily Vancamp in 2011. They married in 2018.