What is Josh Lucas's Net Worth and Salary?

Josh Lucas is an American actor who has a net worth of $10 million dollars. Josh Lucas is known for his performances in such films as "American Psycho," "A Beautiful Mind," "Sweet Home Alabama," "Glory Road," and "Ford v Ferrari." He has also appeared on a number of television series, including "The Firm," "The Mysteries of Laura," and "Yellowstone." Lucas's other notable credits have included the films "The Deep End," "Hulk," "Undertow," "Stealth," "The Lincoln Lawyer," "Big Sur," and "The Forever Purge."

Josh Lucas was born as Joshua Lucas Easy Dent Maurer on June 20, 1971 in Fayetteville, Arkansas to Don, an ER doctor, and Michele, a nurse midwife. Growing up, he spent his time traveling throughout the South with his parents and three younger siblings; by the age of 13, he had lived in close to 30 different places. Eventually, the family settled in Gig Harbor, Washington, where Lucas attended Kopachuck Middle School and Gig Harbor High School.

Following his graduation from high school in 1989, Lucas moved to Hollywood to pursue an acting career. He made his debut on television in 1990, appearing in episodes of "True Colors" and "Life Goes On." The following year, Lucas was in episodes of the teen sitcom "Parker Lewis Can't Lose" and the crime series "Jake and the Fatman," and also appeared in the horror television film "Child of Darkness, Child of Light."

Lucas made his feature film debut in 1993 with a role in the biographical survival drama "Alive." The same year, he had a small part in the adventure dramedy "Father Hood." Lucas had his first starring role in the 1996 British rowing film "True Blue," in which he played a Navy rower competing to help Oxford win its annual boat race against rival Cambridge. This was followed by the comedy "The Definite Maybe," the drama "Harvest," and the romantic film "Restless." Lucas subsequently had his biggest year yet in 2000, appearing in four films: "You Can Count on Me," "The Dancer," "The Weight of Water," and "American Psycho." He had another big year in 2001 with another four films, including the thriller "The Deep End" and the Best Picture Oscar winner "A Beautiful Mind." Following this, Lucas appeared in the independent drama "Coastlines," and had one of his greatest commercial successes with the romantic comedy "Sweet Home Alabama," in which he starred opposite Reese Witherspoon.

After the box office success of "Sweet Home Alabama," Lucas appeared in the 2003 films "Hulk," "Secondhand Lions," and "Wonderland." He went on to land a number of leading roles over the subsequent years, including in "Undertow," "Around the Bend," "Stealth," "Poseidon," and "Glory Road," in the lattermost of which he portrayed basketball coach Don Haskins. Lucas also had leading roles in "Tell-Tale" and "Stolen," and supporting roles in "An Unfinished Life," "Management," and "Peacock." He was then in a plethora of films in the 2010s, with credits including but not limited to "Shadows and Lies"; "Daydream Nation"; "Red Dog"; "The Lincoln Lawyer"; "J. Edgar"; "Stolen"; "Space Warriors"; "Big Sur"; "Little Accidents"; "The Mend"; "Boychoir"; "Dear Eleanor"; "What They Had"; "Murderous Trace"; and "Ford v Ferrari." Lucas's later films have included "She Dies Tomorrow," "The Secret: Dare to Dream," and "The Forever Purge." 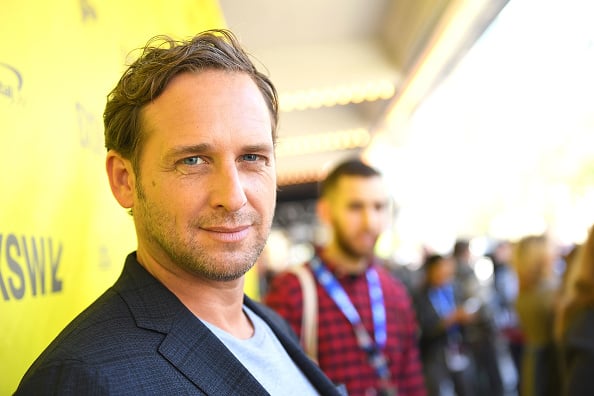 Lucas had his first major role on the small screen in the Steven Spielberg-produced 1993 television film "Class of '61," in which he portrayed George Armstrong Custer during the breakout of the American Civil War. His next main role came in 1994, when he began playing Luke McGregor in the first season of the Australian adventure series "Snowy River: The McGregor Saga." Lucas remained on the show through the beginning of the second season, when his homesickness for the United States led to his departure. His next role was a recurring part on the crime drama series "Cracker" in 1999.

In 2005, Lucas was part of the cast of the award-winning HBO miniseries "Empire Falls." Later, in 2012, he played the main role of lawyer Mitch McDeere on the legal thriller series "The Firm," a sequel to the eponymous John Grisham novel and its 1993 film adaptation. Ultimately, the series was canceled after just one season. Two years later, in 2014, Lucas began another main role on the police procedural "The Mysteries of Laura." On the show, he played Captain Jake Broderick, the former husband of Debra Messing's title character. The series ran for two seasons before it was canceled in 2016. Next, from 2018 to 2019, Lucas had a recurring role on the series "Yellowstone," playing the younger version of the character played by Kevin Costner.

On stage, Lucas portrayed Judas in an off-Broadway production of Terrence McNally's gay Passion retelling "Corpus Christi." Just before the play's opening, he was mugged and beaten on his way to the theater, and ended up playing his role with bloodied bandages strewn across his injured face. Later, from 2017 to 2018, Lucas appeared in a production of Beau Willimon's "The Parisian Woman."

Lucas met his first wife wife, Jessica Ciencin Henrqiuez, at a dog park in 2011. They became engaged six weeks later and married a year later. They had one child together. Jessica filed for divorce in early 2014. The couple apparently continued to have a relationship through at least 2020.

Lucas is an active philanthropist and political supporter. He is part of the YouthAIDS organization and volunteered on Barack Obama's 2008 presidential campaign.

He co-owns Filthy Food, a company that creates drink garnishes, with several friends. 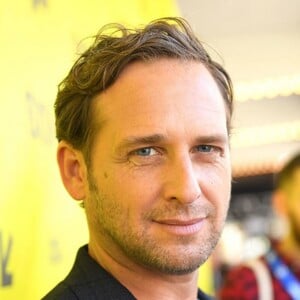