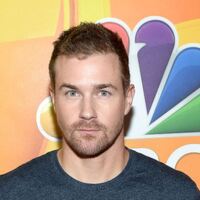 Josh Kelly net worth: Josh Kelly is an American actor who has a net worth of $2 million. Josh Kelly was born in Yokosuka, Japan in April 1982. He was raised in Columbia, Maryland and served four tours of duty in the United States Army. Kelly starred as Felix on the television series Desire in 2006. From 2011 to 2013 he stared as Cutter Wentworth on the soap opera One Life to Live. Josh Kelly starred as Jeremy Caner on the series UnREAL from 2015 to 2018. He had recurring roles on the TV series Midnight, Texas as Walker Chisum in 2018 and on the TV series Bluff City Law as Robbie in 2019. Kelly has also appeared in films including Transformers: Revenge of the Fallen, Transformers: Dark of the Moon, Jarhead 2: Field of Fire, and more. He has also appeared in episodes of the TV series Ugly Betty, Las Vegas, CSI: Miami, True Blood, NCIS: Los Angeles, FlashForward, and more.