Josh Hutcherson Net Worth: Josh Hutcherson is an American film and television actor who has a net worth of $20 million. After beginning his career as a child actor in the early 2000s with numerous commercial roles, Hutcherson made a name for himself with films like "The Polar Express," "Howl's Moving Castle," and "Zathura: A Space Adventure." He then started to become a more sought-after child actor with further roles in movies like "RV" and "Journey to the Center of the Earth."

Josh's real breakthrough came with the beginning of "The Hunger Games," a successful film franchise that started in 2012. He continued to reprise his role in this franchise until 2015, winning a number of awards for his performances. During this period, he continued to advance his career as a voice actor while exploring various possibilities in directing and producing. He has earned executive producing credits on a number of projects, including "Detention, "The Forger," and "Escobar: Paradise Lost." He also booked lead roles in these films.

Early Life: Joshua Ryan Hutcherson was born on October 12th of 1992 in Union, Kentucky. Raised alongside a younger brother by parents who later became heavily involved in his acting career, Josh's interest in acting was initially questioned by his family. However, it soon became clear that Hutcherson was completely taken by the entertainment industry, and he was a natural performer from the age of four. By the age of eight, he had found himself an agent. By 2002, he was working with a prominent acting coach called Bob Luke. Hutcherson was then encouraged to visit Los Angeles for pilot season, which he did.

Hutcherson has stated that Jake Gyllenhaal was an early influence on his acting career, and that he continues to be inspired by the actor's achievements. He has also mentioned the late director and producer Philip Seymour Hoffman as an inspiration.

Career: Before Josh made his way down to Los Angeles, he had booked a few minor roles, including a Kroger commercial and a Bible School training film. His first three years in Los Angeles weren't easy, and he lived with his mother in an Oakwood community famous for housing child actors.

While Josh's early years in L.A. were successful, they also created a very unorthodox childhood for the young boy. He spent almost all of his time on film sets rather than going to school. Starting at the age of nine, he was homeschooled. There was a brief period when he returned to Kentucky for a year to attend high school. Although he enjoyed playing soccer, football, and tennis during this period, Hutcherson later stated that he was much more comfortable learning on his own, and he "hated" the classroom setting.

Some of Josh's first roles in Hollywood were in commercials. He also booked roles in TV pilots and guest-starred in an episode of "ER." His first lead role came in 2003 with "Miracle Dogs." Another major step forward came later in 2003 when he joined the cast of the TV film "Wilder Days." His first feature film soon followed with "American Splendor." This last performance won him a grand jury prize at the Sundance Film Festival.

A much more notable film role came in 2004 with "The Polar Express." Although the film was animated, Josh's likeness was used via motion-capture technology. Although it was a major accomplishment for the young actor, the Tom Hanks-led movie received mixed reviews. Another animated film role followed with "Howl's Moving Castle."

Over the next few years, Josh tried to advance his career with roles in films like "Kicking & Screaming," "Zathura: A Space Adventure," and "RV." Many critics believe that Hutcherson made his true breakthrough with "Bridge to Terabithia" in 2007. He followed up with roles in "Firehouse Dog," "Journey to the Center of the Earth," and "The Kids Are All Right."

In 2011, he took another major step forward after being cast in the massively successful film franchise, "The Hunger Games." Even while he was appearing in multiple films within this franchise over the next few years, he explored other opportunities in his career with producing and directing jobs.

Real Estate: In 2012, Josh spent $2.5 million to acquire a home in the Hollywood Hills. The two-bedroom, 1,861-square-foot residence was once owned by Ellen Degeneres and Heath Ledger. After Ledger's passing in 2008, his family put the residence on the market. He listed the home for sale in August 2019 for $3.5 million.

The home is fairly unique, and it was built in 1951 as a "treehouse" property that lies on a scenic hillside amidst a Sycamore grove. Although the indoor space boasts just under 2,000 square feet, the home comes with a much larger 2,500-square foot deck. Additional highlights include an outdoor screening room, a courtyard garden, and a small office.

In 2014, Josh reportedly purchased a home in Studio City for $1.25 million. In 2019, Hutcherson paid $300,000 over the asking price to acquire a Silver Lake property for $2 million. The home features almost 2,000 square feet of living space, three floors, a fenced courtyard, French doors, and exceptional views of the Silver Lake Reservoir.

In 2020, it was reported that Josh had sold his treehouse home for $2.94 million. This was much lower than the original asking price, but Josh still earned a substantial profit from the transaction. 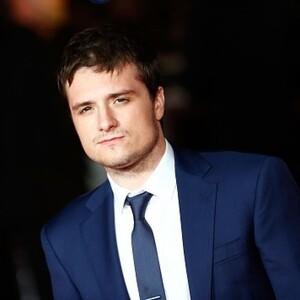