How much is Josh Holloway Worth?

Josh Holloway Net Worth – Josh Holloway is an American model and actor who has a net worth of $22 million. Born in San Jose, California, in 1969, Josh Holloway grew up in Georgia and attended the University of Georgia until he left after his freshman year to pursue a modeling career. He began acting with several appearances in movies such as "Moving August", "Cold Heart" and "Mi Amigo". His part alongside John Rhys-Davies in the SyFy movie "Sabretooth" earned him attention, which led to appearances on several TV shows, including "Walker, Texas Ranger", "CSI: Crime Scene Investigation" and "NCIS". Holloway is best known for his longstanding role on the hit series "Lost". Holloway appeared in 116 episodes from 2004 to 2010 as James "Sawyer" Ford. He was nominated for a Screen Actors Guild Award for Outstanding Performance by an Ensemble in a Drama Series for "Lost". Other TV and film credits include "Whisper", "Stay Cool", "Mission: Impossible – Ghost Protocol", "Intelligence", "Community" and "Paranoia". Holloway's looks earned him a spot on "People" magazine's list of the 50 most beautiful people in the world and the "In Touch Weekly" title of TV's hottest hunk. He has also appeared in music videos, with a role as a thief who gets beaten up by Alicia Silverstone in the Aerosmith video for "Cryin'." He has been married to his wife, Indonesian native Yessica Kumala, since 2004, and has two children. 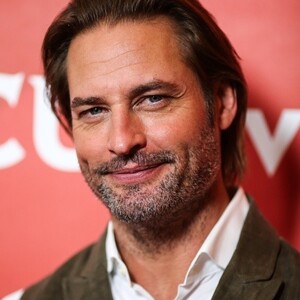