Josh Helman Net Worth: Josh Helman is an Australian actor who has a net worth of $5 million dollars. Born in Adelaide, South Australia, Australia, in 1986, Josh Helman made his TV debut on the series "Home and Away" in 2007 as Denni Maitland. He scored a part in the independent movie "All My Friends Are Leaving Brisbane" as a party and wedding guest the same year.

Helman went on to appear as an intruder in "Aidan's View" in 2009 and on an episode of "McLeod's Daughters". In 2010, he made his feature film debut in "Animal Kingdom" as Constable Peter Simmons; that year, he also appeared in six episodes of "The Pacific" as PFC Lew "Chuckler" Jurgens. Two years later, Helman appeared in the Tom Cruise action thriller "Jack Reacher" as Jeb, and after, he was cast as Morts in "Blinder". Helman played the villainous William Stryker in 2014's "X-Men: Days of Future Past" alongside Hugh Jackman, Michael Fassbender, Jennifer Lawrence, Halle Berry, and Ian McKellen. Helman is slated to appear as Slit in 2015's "Mad Max: Fury Road" featuring Tom Hardy and Charlize Theron. He is also set to appear in eight episodes of the new TV series "Flesh and Bone" as Bryan. That show is currently in pre-production. 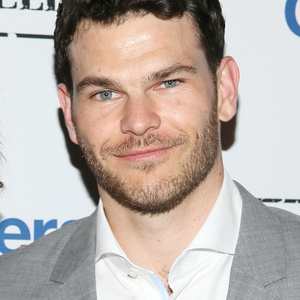