What is Josh Hartnett's Net Worth and Salary?

Josh Hartnett is an American actor and producer who has a net worth of $25 million. Hartnett first attracted audiences' attention in 1997 as Michael Fitzgerald on ABC's "Cracker." He first graced the big screen in 1998's "Halloween H20: 20 Years Later," which earned him nominations from the MTV Movie Awards and the Blockbuster Entertainment Awards. Josh has more than four dozen acting credits to his name, including "The Faculty" (1998), "Pearl Harbor" (2001), "Black Hawk Down" (2001), and the Showtime series "Penny Dreadful" (2014–2016). Hartnett has been featured on many magazine covers, such as "Vanity Fair," "GQ," "People," and "Glamour," and he was included in "People" magazine's "50 Most Beautiful People" issue in 2002. "Teen People" named him one of 1999's "21 Hottest Stars Under 21" and one of 2002's "25 Hottest Stars under 25."

Josh Hartnett was born Joshua Daniel Hartnett on July 21, 1978, in Saint Paul, Minnesota. His mother, Wendy, left the family after divorcing Hartnett's father, Daniel (a building manager), and Josh grew up in a Catholic household with his father, stepmother Molly (an artist), and younger siblings Jessica, Joe, and Jake. He attended Nativity of Our Lord Catholic School, Cretin-Derham Hall, and South High School, graduating in 1996. Hartnett played sports in high school but quit after getting injured; he gave acting a try, starring as Sky Masterson in a school production of "Guys and Dolls." Josh moved to New York to study at the Conservatory of Theatre Arts & Film at SUNY Purchase, but when he visited Los Angeles during pilot season in 1997, he was cast in the crime drama "Cracker" and began working steadily in Hollywood.

"Cracker" aired 16 episodes before its cancellation in January 1998, and Hartnett appeared in plays and TV commercials before landing his first film role: John Tate, son of Laurie Strode, in "Halloween H20: 20 Years Later." That year, he also co-starred with Elijah Wood, Usher Raymond, Salma Hayek, and Jon Stewart in sci-fi horror film "The Faculty," earning a Saturn Award nomination for Best Performance by a Younger Actor. In 1999, Josh played Trip Fontaine in "The Virgin Suicides" and appeared in the music video for Air's "Playground Love," which was featured on the film's soundtrack. He received a Teen Choice Award nomination for Choice Breakout Star for his performance in 2000's "Here on Earth." In 2001, Hartnett starred in short films "The Same" and "Member" as well as feature films "Blow Dry," "Town & Country," "Pearl Harbor," "O," and "Black Hawk Down." "Pearl Harbor" brought it $449.2 million at the box office and earned Josh nominations from the MTV Movie Awards and Teen Choice Awards. "Black Hawk Down" was also a hit, with a gross of $173 million, and it earned Hartnett a Teen Choice Award nomination for Choice Action Movie Actor. 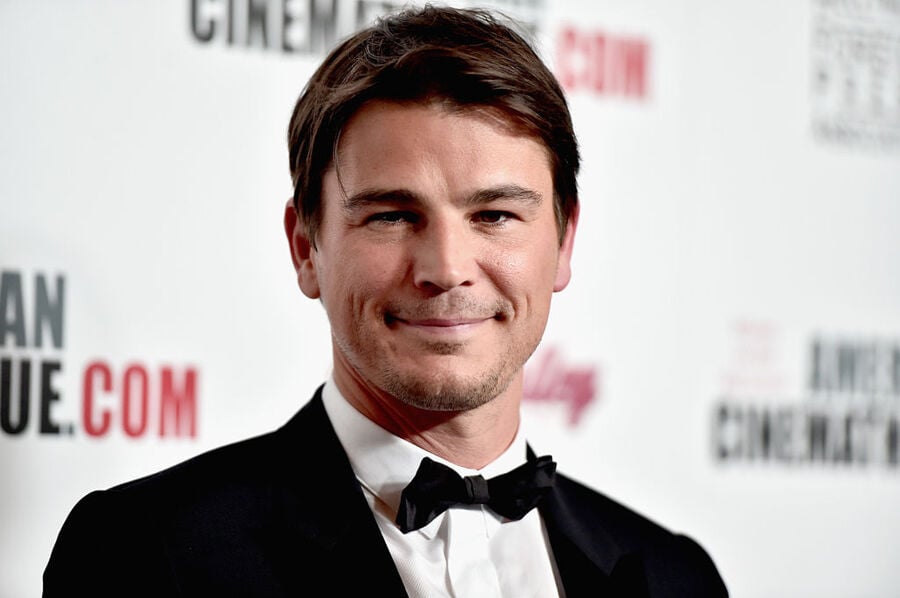 After an incredibly busy year, Josh slowed down in 2002, appearing in just one film, "40 Days and 40 Nights," which earned him yet another Teen Choice Award nomination. He teamed up with movie legend Harrison Ford for 2003's "Hollywood Homicide," then appeared in 2004's "Wicker Park" and 2005's "Sin City" and "Mozart and the Whale." In 2006, Hartnett had an award-winning turn in "Lucky Number Slevin" and played an LAPD detective in crime thriller "The Black Dahlia." The following year, he co-starred with Samuel L. Jackson in sports drama "Resurrecting the Champ" and played Sheriff Eben Oleson in "30 Days of Night," receiving a Teen Choice Award nomination for Choice Horror Movie Actor. In 2008, Josh appeared in a London production of "Rain Man" as Charlie Babbit and had to miss several shows after being admitted into the hospital with food poisoning.

Josh began a relationship with actress Tamsin Egerton, his co-star in "The Lovers," in 2012. The couple welcomed daughter Thisbe on November 25, 2015, and they gave her a little sister, Roxanna, on July 1, 2017. Hartnett has also reportedly dated actresses Scarlett Johansson, Julia Styles, and Amanda Seyfried. Josh is a vegetarian, and PETA named him 2003's Sexiest Vegetarian. Passionate about charity work, Hartnett has supported Global Cool and appeared in ads for USAID and Ad Council's FWD campaign to bring awareness to the East Africa drought.

In 2001, Hartnett won a Bravo Otto Germany Award for Best Actor, and the following year, he received the ShoWest Award for Male Star of Tomorrow. In 2006, he earned a Best Actor award for "Lucky Number Slevin" at the Milano International Film Festival Awards, and in 2010, he won an Ischia International Arts Academy Acting Award at Italy's Ischia Global Film & Music Fest. Josh was named one the "GQ" Männer des Jahres ("Men of the Year") by the German version of "GQ" magazine in 2007, and in 2009, he received an Outstanding Environmentalist award at the 21st Century Leaders Awards in Qatar. 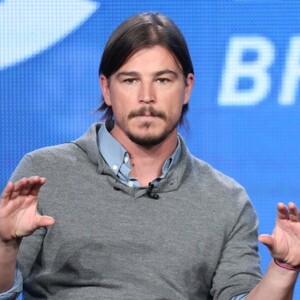