Early Life: Josh Gad was born Joshua Ilan Gad on February 23, 1981, in Hollywood, Florida. His parents, Susan and Sam, are from Germany and Afghanistan, respectively, and are both of Jewish descent; they had Josh and his older brothers, Jeff and Jason, together before divorcing in 1987. Susan went on to marry investment advisor Stanford Schwartz, giving Josh a stepbrother and stepsister. Gad studied at the University School of Nova Southeastern University, where he won the National Forensics League National Tournament Championships two years in a row, for Original Oratory in 1998 and Original Oratory and Humorous Interpretation in 1999. After graduating in 1999, he enrolled at the Carnegie Mellon College of Fine Arts, earning a Bachelor of Fine Arts in drama in 2003. Josh also spent a semester at Australia's National Institute of Dramatic Art.

Career: Gad's first film was 2002's "Mary and Joe," and three years later, he made his small screen debut in an episode of NBC's "ER" and his Broadway debut in "The 25th Annual Putnam County Spelling Bee." In 2007, he appeared in the film "Watching the Detectives" and landed a main role on the sitcom "Back to You." Josh played news director Ryan Church on the series, which also starred Kelsey Grammer, Patricia Heaton, Fred Willard, and future "Modern Family" star Ty Burrell. In 2008, Gad co-starred with Rainn Wilson, Christina Applegate, and Emma Stone in "The Rocker," appeared in the heist drama "21," lent his voice to Fox's "American Dad!," and guest-starred on the CBS series "Numb3rs." From 2009 to 2011, Josh was a correspondent on Comedy Central's "The Daily Show with Jon Stewart," and during this time, he also appeared in the films "Crossing Over," "Love & Other Drugs," and "Marmaduke" (voice only) and produced and starred in a web series called "Gigi: Almost American."

In 2011, Gad returned to Broadway to originate the role of Elder Cunningham in "The Book of Mormon," which won the Tony for Best Musical later that year. The musical, which was created by Trey Parker, Matt Stone, and Robert Lopez, was a huge success and has grossed more than $500 million. Josh left the production in June 2012 to serve as a star and co-executive producer on "1600 Penn," a sitcom he co-created with Jon Lovett and Jason Winer. Also in 2012, he voiced Louis the molehog in the computer-animated film "Ice Age: Continental Drift," which grossed $877.2 million at the box office. In 2013, Gad co-starred with Vince Vaughn and Owen Wilson in "The Internship," portrayed Apple co-founder Steve Wozniak in "Jobs," and voiced snowman Olaf in "Frozen." He would reprise his role in "Frozen II" (2019), the short film "Frozen Fever" (2015), and the TV special "Olaf's Frozen Adventure" (2017). The franchise has been a massive success, with "Frozen" grossing $1.280 billion worldwide and "Frozen II" bringing in $1.450 billion.

Personal Life: Josh married Ida Darvish, who co-starred with him in a 2004 production of David Ives' "All in the Timing," on May 10, 2008. The couple welcomed daughter Ava on December 1, 2010, and daughter Isabella on February 17, 2014. Gad is the godfather of Theo Gabel, the son of Bryce Dallas Howard and Josh's longtime friend Seth Gabel. Though Josh was raised Jewish and Ida is Catholic, he has said that he is spiritual but doesn't consider himself religious.

Awards and Nominations: In 2011, Gad earned a Tony nomination for Best Actor in a Musical for "The Book of Mormon," and he won an Outer Critics Circle Award for Outstanding Actor in a Musical and a Grammy for Best Musical Theater Album. In 2008, he shared the Special Award for Best Ensemble with his "21" castmates at the ShoWest Convention, and in 2011, "Gigi: Almost American" won a New Media Film Festival Award for Best Web Series. Josh has won several awards for his voiceover work in the "Frozen" franchise, including four Behind the Voice Actors Awards (two individual awards and two ensemble awards), two Annie Awards for Outstanding Achievement in Voice Acting in an Animated Feature Production, and a Kids' Choice Award for Favorite Male Voice from an Animated Movie (for both "Frozen II" and "The Angry Birds Movie 2"). In 2012, he was nominated for an American Comedy Award for Breakout Performer of the Year, and in 2014, he received an Online Film & Television Association award for Best Voice-Over Performance for "Frozen." "Beauty and the Beast" earned Gad a Teen Choice Award nomination for Choice: Scene Stealer and an MTV Movie + TV Award nomination for Best Duo (shared with Luke Evans). 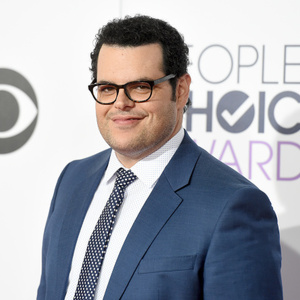