Josh Dallas Net Worth: Josh Dallas is an American actor who has a net worth of $3 million. Josh Dallas was born in Louisville, Kentucky in December 1981. Josh studied theater under David Longest and joined the Royal Shakespeare Company. He also worked with the English national Opera, Royal National Theatre, New Shakespeare Company, and The Young Vic.

His first television role came in the series Ultimate Force in 2006. Josh's first film role came in 2008 in the movie 80 Minutes. His breakout role came in 2011 as he starred as Fandral in the film Thor. Since 2011 he has starred as David Nolan/Prince Charming in the ABC fantasy series Once Upon a Time. Dallas has also starred in the movies The Boxer, The Descent: Part 2, The Last Days of the Lehman Brothers, Ghost Machine, Five, and Red Tails. He has appeared in episodes of Doctor Who, Money, Hawaii Five-0, CSI: Crime Scene Investigation, and Trigger Point. Dallas was nominated for a Teen Choice Award for Choice TV Breakout Performance – Male in 2012. Josh married co-star Ginnifer Goodwin in April 2014 and the couple has one son. He was previously married to actress Lara Pulver. 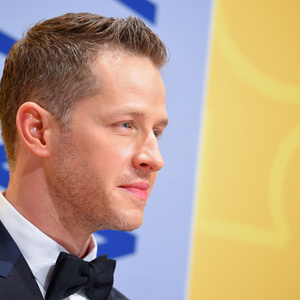