Josh Cooke net worth: Josh Cooke is an American actor, songwriter, comedian, and musician who has a net worth of $1 million. Josh Cooke was born in Philadelphia, Pennsylvania in November 1979. In 2005 he starred as Nate Solomon on the television series Committed. Cooke starred as Danny on the TV series Four Kings in 2006 and as Danny on the series Big Day from 2006 to 2007.

From 2010 to 2011 Josh Cooke starred as Ben on the television series Better with You. From 2011 to 2012 he starred as Louis Greene on the TV series Dexter. Cooke starred as Joel Stephens on the series Heart of Dixie from 2013 to 2014. He has appeared in films including Snowglobe, I Love You Man, Quarantine 2, and more. Cooke released his debut album in 2015. In 2012 he was nominated for a Screen Actors Guild Award for Outstanding Performance by an Ensemble in a Drama Series for Dexter. 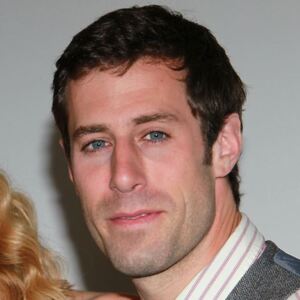