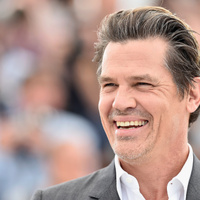 What is Josh Brolin's net worth?

Josh Brolin is an American actor who has a net worth of $45 million. Josh Brolin is best known for his theater, film, and television roles. Brolin's most notable roles include "The Goonies," "W.," "True Grit," "Men in Black 3," and "No Country for Old Men."

Josh Brolin was born on February 12, 1968 to actor James Brolin and his first wife, Jane Cameron, a wildlife activist, in Santa Monica, California. He was raised on a ranch in Templeton, California. It's said that he had little exposure to his father's career until he was much older. Brolin's parents got divorced when he was 16. In high school he began taking improv classes, before starting to take on small on-camera roles. He was a member of the surfing group the "Cito Rats" and has admitted to stealing cars during this time. Brolin has admitted to having issues with substance abuse, including heroin, and that many of his teenage friends have since passed away from their addictions.

Brolin's first notable role was as Brandon Walsh in the 1985's cult classic film "The Goonies." He was a runner up for the role of Tom Hanson in the series "21 Jump Street" but the role went to Johnny Depp instead. Brolin turned away from film acting for several years after the release of his second film "Thrashin'", as his performance was universally panned. For many years, Brolin appeared in stage roles in Rochester, New York alongside mentor and friend Anthony Zerbe.

One of his most prominent early roles was that of Wild Bill Hickok in the ABC western TV series "The Young Riders." The show lasted for three seasons, from 1989-1992. He was also involved in two other TV series, "Winnetka Road" and "Mister Sterling." Brolin became even more well-known after he began taking on villainous roles in the late 2000s, including the lead role in the Coen brothers' Oscar-winning film "No Country for Old Men."

In 2008, Brolin starred in Oliver Stone's film "W", a biopic about key events in the life of President George W. Bush. Brolin was initially hesitant about playing the former president but Stone pursued him and finally convinced him. That same year, Brolin was nominated for an Oscar for Best Supporting Actor for his role in Gus Van Sant's biopic "Milk." Brolin portrayed city supervisor Dan White, who assassinated San Francisco Supervisor Harvey Milk and Mayor George Moscone. Brolin made news by wearing a White Knot to the Oscar ceremony to demonstrate solidarity with the marriage equality movement. In addition to his Oscar nod, Brolin received much critical acclaim for his performance and received NYFCC and NBR Awards for Best Supporting Actor, as well as a SAG nomination for Outstanding Performance by a Male Actor in a Supporting Role. 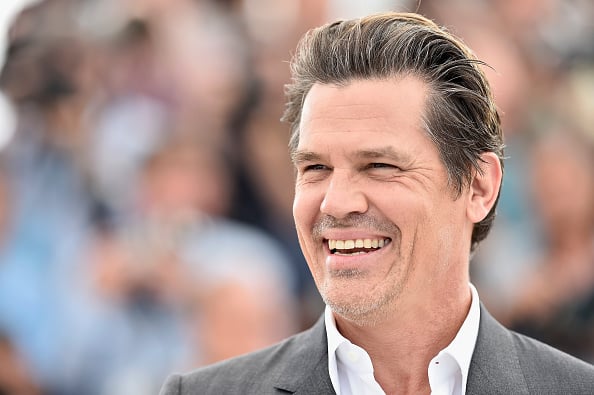 In 2010, Brolin played the titular character in "Jonah Hex," based on the DC Comics' character with the same name. In 2012, starred with Tommy Lee Jones in "Men in Black 3," and the next year appeared in the film "Gangster Squad." Brolin was considered for the role of Batman in the DC Extended Universe, but the role went to Ben Affleck instead. The following year, Brolin signed up to play Thanos within the Marvel Cinematic Universe. He cameoed as the character in 2014's "Guardians of the Galaxy" and "Avengers: Age of Ultron" in 2015. In April 2017, Brolin signed a four-film contract with 20th Century Fox to portray the Marvel character Nathan Summers/Cable in the X-Men film series. 2018's "Deadpool 2" was his first installment within that contract. He reprised the role of Thanos in "Avengers: Infinity War" in 2018 and "Avengers: Endgame" in 2019. The two films were shot back to back. Brolin is set to star in 2021's "Dune."

Outside of his on-camera career, Brolin executive produced "The People Speak" in 2009, a documentary feature film based on historian Howard Zinn's "A People's History of the United States." He also wrote and directed the short film "X", his directorial debut.

In 1988 he married actress Alice Adair, their children Trevor and Eden were born in 1988 and 1994, respectively. The couple divorced in 1994. He was engaged to actress Minnie Driver, though the couple called off their nuptial plans after six months. Josh Brolin was married to actress Diane Lane from 2004 to 2013. He married his former assistant and model Kathryn Boyd in 2016. They announced through Instagram in November 2018 that Boyd had given birth to their daughter, Westyn Reign Brolin.

In December 2004, Brolin's wife at the time Diane Lane called the police after an altercation with him. Brolin was arrested on a misdemeanor charge of domestic battery. Lane did not press charges, with the couple's spokesperson characterizing the incident as a "misunderstanding."

In 2008, Brolin was arrested after a brawl at the Stray Cat Bar in Shreveport, Louisiana, along with actor Jeffrey Wright and five other men who were crew members of "W." Charges against all seven men were later dropped. On New Year's Day 2013, Brolin was arrested for public intoxication in Santa Monica, California.

In early 2020 Josh sold his longtime compound in LA's Brentwood neighborhood for $6.55 million. Around the same time, he and Kathryn Boyd paid $3.55 million for a 1.5-acre estate in the suburbs of Atlanta. In October 2020 they paid $1.1 million for a home in Simi Valley, California.