Joseph Mascolo net worth: Joseph Mascolo was an American musician and actor who had a net worth of $12 million. Joseph Mascolo was born in West Hartford, Connecticut in March 1929 and passed away in December 2016. He was best known for starring as Stefano DiMera in the soap opera Days of Our Lives from 1982 to 2016 in more than 1,600 episodes.

Mascolo starred as Massimo Marone IV in the soap opera The Bold and the Beautiful from 2001 to 2006. From 1975 to 1976 he starred as Mayor Pete Santori in the television series Bronk. Mascolo starred as Salvatore Maranzano in the TV mini-series The Gangster Chronicles in 1981 and as Carlo Alvarez in the series Santa Barbara in 1985. He also starred in many stage productions in the 1960s and 1970s. He won three Soap Opera Digest Awards for Outstanding Villain in Days of Our Lives. Joseph Mascolo passed away on December 7, 2016 at 87 years old from complications with Alzheimer's disease. 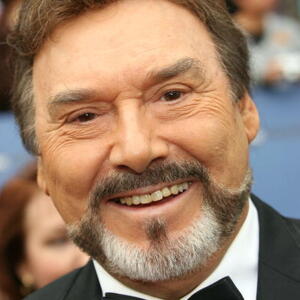