Joseph Marcell Net Worth: Joseph Marcell is a British actor, mainly known for playing the role of Geoffrey the Butler, in the sitcom The Fresh Prince of Bel-Air. He has a net worth of $2.5 million. Marcell was born on August 18, 1948 in the Caribbean island of St. Lucia and emigrated to England at the age of five with his family. While in College, he studied theater and science and then took courses in speech and dance at the University of Sheffield in Yorkshire.

As a member of the Royal Shakespeare Company, he appeared in public presentations such as Othello as well as in a Midsummer night's dream. He also played the role of black "Sherlock", the famous character of Sir Arthur Conan Doyle, several times. In a BBC radio special, he again appeared in Othello. He also had some appearances in the British television series and feature films.

Marcell is committed to the theater and is active in the Board of Directors of the old Globe Theater and the Tamba theater company. In addition to these activities, he encourages young actors and regularly organizes Shakespeare acting workshops in Los Angles. It was in 1990, he began appearing as Geoffrey Barbara Butler on the TV series The Fresh Prince of Bel-Air. He was married 3 times. He has two children from his first two marriages; Ben, born in 1979 and Jessica, born in 1989. The name of his wife is Joyce. Joseph has been working in this field since 1974, and has a long lasting acting career. 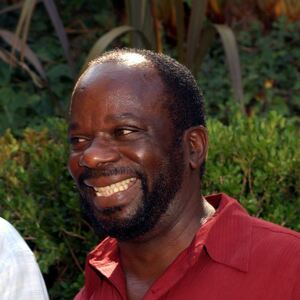