Joseph D. Reitman Net Worth: Joseph D. Reitman is an American actor, film producer, film director and writer who has a net worth of $500 thousand dollars. Joseph D. Reitman was born May 25, 1968 in Brookline, Massachusetts. He is known for his participation in The Perfect Storm (2000), Clueless (1995) and Lady in the Water (2006).

Joe Reitman grew up in Brookline, Massachusetts and majored in theatre at Pitzer College in Claremont, California. As an aspiring actor, he auditioned and prayed for a break while working as a waiter/bartender at The Sidewalk Café in Venice Beach, California (known the world over as the best place to people watch in Los Angeles). He says he practiced New York and southern accents on his customers. Reitman soon landed television and movie gigs. Reitman also wrote a story for Marvel Comics' Spider-Man Unlimited # 14 titled "S.C.U.D.S" published in Spring 2006. For some time in the year 2000, Joseph presented (via satellite from his home) a Showbiz section with Johnny Vaughan on The Big Breakfast (1992). Vaughn would ask him questions from the England studio about Hollywood gossip, film releases, etc. He also guest-starred on Beverly Hills, 90210 (1990) and Charmed (1998). Joe D. Reitman played at the World Series of Poker twice and won UltimateBet.com's $1 Million Guaranteed Tournament. He has also played in numerous charity tournaments. In 2002, Reitman married longtime girlfriend, actress Shannon Elizabeth. Their wedding was said to have been a small beachfront ceremony, which took place at Hotelito Desconocido, a resort south of Puerto Vallarta. In March 2005, the couple announced their separation. After the separation from Elizabeth, Reitman entered a relationship with professional poker player Annie Duke. On December 25, 2010 Duke and Reitman announced their engagement then split in May of 2012. 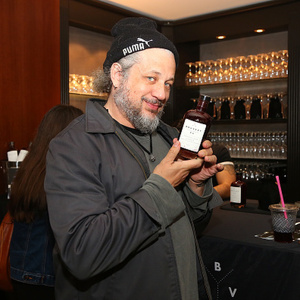