Jose Ferrer Net Worth: Jose Ferrer was a Puerto Rican actor as well as a theater and film director who had a net worth of $5 million. José Vicente Ferrer de Otero y Cintrón (aka Jose Ferrer) was born January 8, 1912 in San Juan, Puerto Rico. Ferrer made his Broadway debut in 1935. In 1940, he played his first starring role on Broadway, the title role in Charley's Aunt, partly in drag. He played Iago in Margaret Webster's Broadway production of Othello (1943). This became the longest-running production of a Shakespearean play presented in the United States, a record that it still holds. His Broadway directing credits include The Shrike, Stalag 17, The Fourposter, Twentieth Century, Carmelina, My Three Angels and The Andersonville Trial.

Jose Ferrer had the distinction of being the first Puerto Rican actor, as well as the first Hispanic actor, to win an Academy Award (in 1950 for the black and white film version of Cyrano de Bergerac). He also won two Tonys in 1952; one for directing and one for acting. Jose Ferrer made his film debut in Joan of Arc in 1948. During the '70s and '80s he was cast mainly as villains, mostly for TV, and he made his final stage appearance in 1990. Ferrer also played radio roles, including starring as detective Philo Vance in a 1945 radio series of the same name. Following a brief battle with colon cancer, Ferrer died in Coral Gables, Florida in 1992 and was interred in Santa María Magdalena de Pazzis Cemetery in Old San Juan in his native Puerto Rico. His marriage to Rosemary Clooney made him uncle, and their five children first cousins, to actor George Clooney. One of his children, Miguel Ferrer, was also an actor.

His further legacy includes an organization formerly called the Hispanic Organization of Latin Actors (HOLA) being renamed its Tespis Award to the HOLA José Ferrer Tespis Award; his induction into the American Theatre Hall of Fame; a National Medal of Art (becoming the first actor and Hispanic to be presented with the prestigious award). 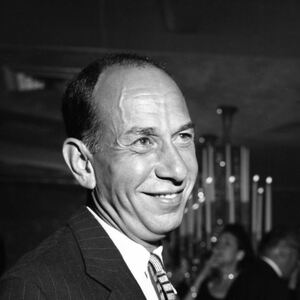