Jorja Fox Net Worth: Jorja Fox is an American actress, musician and songwriter who has a net worth of $6 million. Jorja Fox was born July 7, 1968 in New York City, New York. She originally came into the public eye as a recurring guest star on the television medical drama ER, portraying the recurring role of Dr. Maggie Doyle (1996-99).

This was followed by another successful recurring role as Secret Service Agent Gina Toscano on The West Wing (2000). She played Sara Sidle in the police procedural drama CSI: Crime Scene Investigation, both as a regular (2000–2007, 2010–present) and recurring (2008–2010) cast member. Fox won a modeling competition and headed back to New York in order to pursue a career in acting after graduating from Melbourne High School in Melbourne, Florida. In 1989, she appeared as Myra Pavlov in the drama film The Kill-Off and subsequently made her television debut in an ABC Afterschool Special entitled Summer Stories. Fox appeared on a variety of small screen productions including Lifestories: Families in Crisis, , Missing Persons, Courthouse, Alchemy, Ellen, House of Frankenstein 1997 and Partners. Following a stint on ER, Fox appeared on six episodes of as Agent Gina Toscano and was cast in the role of Sara Sidle in the highly-watched television series, CSI: Crime Scene Investigation. In 2004, she was unexpectedly terminated from the show, only to be rehired (with no salary increase like the rest of the cast). Fox's film credits include Memento, The Kill-Off, Dead Funny, The Jerky Boys, Velocity Trap, How to Make the Cruelest Month, Forever Fabulous and Next Exit. In addition to her acting achievements, Fox also co-created a Los Angeles-based independent theater company called Honeypot Productions. She is also guitar player and a budding drummer and has even tried her hand in singing and songwriting. Fox wrote a song called Lullaby, which is part of the film Traveling Companion's original soundtrack.

Fox is also a strict vegetarian. In one interview, she recounted the moment that she decided to become a vegetarian. When Jorja was modeling she was roommates with Paula Ciccone, younger sister of Madonna. 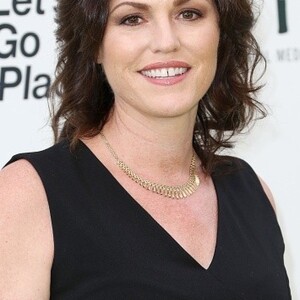