Jordana Brewster Net Worth: Jordana Brewster is a Panamanian-born, Brazilian-American actress and model who has a net worth of $20 million. She is best known for her work as a child actor on the soap opera "As the World Turns," and for her portrayal of Mia Toretto in the "Fast and Furious" film franchise.

Early Life and Career: Jordana Brewster was born on April 26th, 1980 in Panama City, Panama. Her mother, Maria João, was a Brazilian swimsuit model who appeared on the cover of Sports Illustrated magazine in 1978. She appeared with her daughter in an ad campaign in 2015 and resides in New York City. Her father is an American investment banker. Her family moved to Manhattan when she was ten, and she began attending the prestigious Professional Children's School. She made her acting debut when she was fifteen years old with a role in the daytime soap opera "All My Children." That same year she was cast for the role of rebellious teenager Nikki Munson in another daytime soap opera show "As the World Turns." She played the role of Munson from 1995 to 2001, and in 1997, she was nominated for a Soap Opera Digest Award for her performance in the series. She made her film debut in 1998 with a leading role in the science fiction horror film "The Faculty," which also featured Elijah Wood and Josh Hartnett. The following year, she starred alongside Julia Stiles and Josh Hamilton in the NBC television miniseries "The 60s." Brewster attended college at Yale University in New Haven, Connecticut, where she earned a B.A. in English.

Film and Television Career: Brewster came into the spotlight for her role as Mia Toretto in the 2001 racing film "The Fast and the Furious." Also that year, she starred in the drama "The Invisible Circus," opposite Cameron Diaz. In 2004, she had a leading role in the teen action comedy "D.E.B.S." The film follows a group of teenage girls who are training to be spies, and while it was a flop among critics and at the box office, it has gone on to develop a cult following. She starred in the television film "Nearing Grace" in 2005, and she saw her next theatrical release the following year with the war romance film "Annapolis," in which she played James Franco's love interest. The film grossed $17.6 million against a budget of $26 million, and it received largely negative reviews among critics. Her second release of 2006, the horror film prequel "The Texas Chainsaw Massacre: The Beginning" was far more successful. It grossed $51.8 million at the box office against a slim $16 million budget. For her performance in the film, she was nominated for two Teen Choice Awards and a Scream Award. In 2009, she reprised her role as Mia in "Fast & Furious," and she continued to star in the franchise with the 2011 film "Fast Five," the 2013 film "Fast & Furious 6," and the 2015 installment "Furious 7." 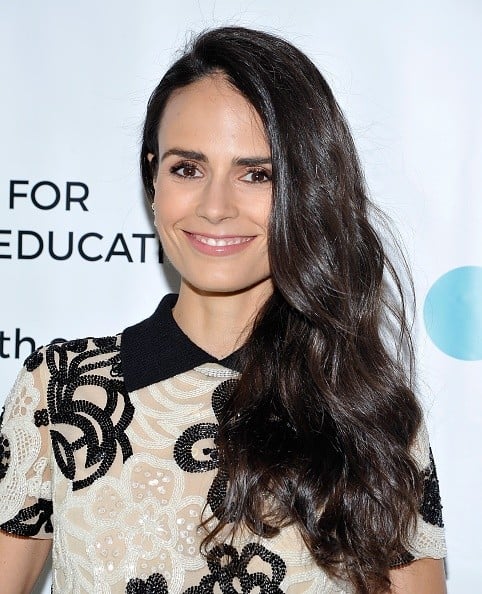 She appeared in a handful of television movies throughout the 2000s and 2010s including a television version of "Mr. And Mrs. Smith." In 2014, she returned to the big screen with a supporting role in the crime drama "American Heist," which featured Adrien Brody and Hayden Christensen. The film saw a limited release in the US and only grossed under $10,000 at US movie theaters, but it saw a wider release in the former Soviet Bloc and grossed over $2 million overseas. The following year she had a supporting role in the comedy crime movie "Home Sweet Hell," which starred Katherine Heigl. The film was a commercial flop and a critical disaster with Heigl being nominated for a Golden Raspberry in the Worst Actress category. In 2019, Brewster returned to the slasher genre with a leading role in the film "Random Acts of Violence," which is based on a comic of the same name. The film was released theatrically only in Canada, and it received lukewarm reviews. The next year, she saw the release of the romantic comedy "Hooking Up," which also starred Britney Snow and Sam Richardson. It did not see a theatrical release and was panned by critics.

Since her days as a child actor on daytime soap operas, Brewster has maintained a presence on television, and she spent the 2010s more involved in television than in film. In 2009, she appeared in several episodes of the NBC spy comedy "Chuck," playing the title character's ex-girlfriend. In 2010, she was a guest star on a few episodes of the action series "Dark Blue," and she was featured in a couple episodes of the comedy drama "Gigantic" the following year. In 2012, she was cast in the role of Elana Ramos, who acts as one side of a love triangle, on the TNT daytime soap opera "Dallas," and she was on the series until its cancellation in 2014. The following year she played the character of Kate Warner in the second season of the ABC mystery anthology series "Secrets and Lies." The story centers around the investigation of Warner's death. In 2016, she portrayed Denise Brown on five episodes of the crime anthology series "American Crime Story," and she was cast as a psychiatrist for the L.A. Police Department in the buddy-cop series "Lethal Weapon," which ended in 2018.

Personal Life: Brewster began dating film producer Andrew Form while they were both working on "Texas Chainsaw Massacre: The Beginning," and the two married in 2007. His other credits as a producer include "A Quiet Place," "The Purge," and "Friday the 13th." In mid-2020, Brewster filed for divorce. They have two sons together.

Jordana's sister Isabella Brewster married NBA player Baron Davis in 2014. They have one child together. They split in 2017.

Real Estate: In 2014 Jordana and Andrew paid $4.6 million for a 1-acre property in Los Angeles. They proceeded to demolish the former home on the lot and custom build a 5,600 square-foot mansion mansion. Just before buying this new property, they sold their previous home for $3.8 million. They had bought that home in 2011 for $3.4 million. Jordana previously owned a home above LA's Sunset Strip which she bought in 2002 for $880,000 and sold three years later for $1.75 million. 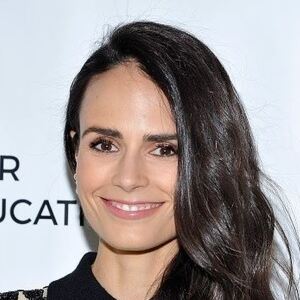