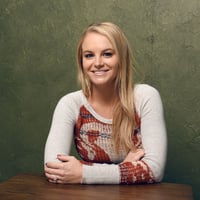 Jordan Lloyd net worth: Jordan Lloyd is an American reality television personality who has a net worth of $300 thousand dollars. Jordan Lloyd was born in Raleigh, North Carolina in November 1986. She is best known for being the winner of the 11th season of the reality show Big Brother. In addition to winning $500,000 for Big Brother 11 she formed a "showmance" with Jeff Schroeder in the game. The couple won the Fox Reality Award for Favorite Duo in 2009. Lloyd returned to the show for its 13th season with Jeff as a duo. She ended up finishing fourth in that season of Big Brother. Jordan again teamed up with Jeff for The Amazing Race in 2010 and the pair finished seventh. After winning Big Brother Lloyd purchased a townhouse and went back to work at a salon while attending school. In 2012 the web show Jeff and Jordan do America aired on CBS Interactive. Schroeder proposed to Lloyd in the backyard of Big Brother in September 2014 and they couple is now engaged. Jordan also hosted a segment called Home Life With Jordan for RealPlayer SuperPass in 2010.