Jordan Ladd is an American actress who has a net worth of $1 million. She is best known for her roles in horror films and for appearing in the movie, Never Been Kissed, which catapulted her into more mainstream roles. After Never Been Kissed, she began appearing in high-profile films like, Cabin Fever, Club Dread, and Death Proof, and has also earned several accolades for her lead role in the horror film, Grace.

She was born on January 14, 1975 in Los Angeles, California. She is the daughter of Charlie's Angels star, Cheryl Ladd, and her father, David Ladd, is also a producer and former actor. She grew up in and around the entertainment business, and at the age of two started appearing in commercials. In 1994, she made a guest appearance on Saved by the Bell: The New Class and also appeared opposite Allysa Milano in the horror film, Embrace the Vampire. She spent most of the 90's appearing in independent films, and by the time the new decade arrived she was playing the intense role of a junkie named "Niki" in the film adaptation of Junked. In 2001, she was a guest star on the hit HBO series, Six Feet Under, and was also cast in the film, Cabin Fever. She had a small role in the film, Inland Empire, and was cast in Quentin Tarantino's movie, Death Proof, which was a segment of the film Grindhouse. In 2009, she won acclaim for her performance as the character Madeline Matheson in the horror film, Grace, which was screened at the Sundance Film Festival. She married her longtime boyfriend, musician Conor O'Neill, in 2001 but sadly the couple ended their marriage in 2005. 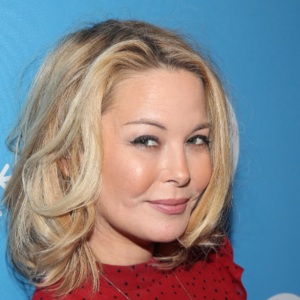