Jordan Hinson Net Worth: Jordan Hinson is an American actress who has a net worth of $300 thousand dollars. Jordan Hinson was born June 4, 1991 in El Paso, Texas. She is best known for her role as Zoe Carter on the science fiction series Eureka. As a youngster, Hinson was a dedicated gymnast.

She began acting in plays at the age of six, which pulled her away from gymnastics. After relocating to Los Angeles, California, Hinson appeared in numerous television commercials, acting and performing voiceovers. She made her official television movie debut in 2005 when cast as aspiring professional figure skater Katelin Kingsford in the Disney Channel Original Movie Go Figure. Hinson didn't know how to ice skate at the time, but was trained by Olympic choreographer and two-time Emmy winner Sarah Kawahara. Jordan Hinson also starred in a Screen Gems film The Good Mother opposite Angie Harmon. She was also seen in such films as A Mother's Rage, Ragin Gajun Redneck Gators, Bunker, Higher Power and Living Among Us. Her other television appearances include Eureka, CSI: Miami, Dirt, Hank and a guest appearance on The Jay Leno Show. Hinson was home-schooled and graduated from high school at the age of 15. 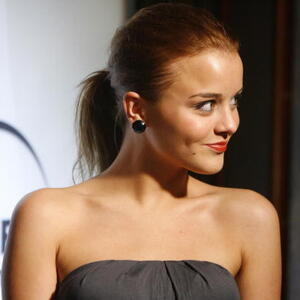