Jordan Calloway Net Worth: Jordan Calloway is an American actor who has a net worth of $500 thousand dollars. Jordan Calloway was born in Los Angeles, California in October 1990. His debut acting role came in the television series The Parkers in 2000. In 2001 he appeared in an episode of The District and in 2002 George Lopez.

From 2004 to 2007 Jordan's best known role came starring as Zach Carter-Schwartz in the TV series Unfabulous. He appeared in an episode of The Glades in 2010. Calloway starred as Isaiah in the movie DisCONNECTED in 2011 and as Marcus in Life of a King in 2013. In 2014 he has appeared in episodes of the TV series Switched at Birth, Gang Related, and Reckless. In 2014 he also starred as Jayven in the TV movie Drumline: A New Beat. Calloway was nominated for Young Artist Awards for his role in Unfabulous in 2005, 2006, and 2008. 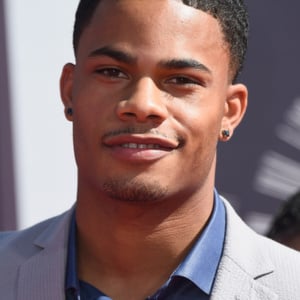