Jonny Lee Miller Net Worth and Salary: Jonny Lee Miller is a British actor who has a net worth of $14 million. Miller has had a long and successful career, and he has taken lead roles in some extremely well-known films and television series. He has won a number of awards and nominations over the years. In addition, Jonny is an accomplished stage actor.

Early Life: Jonathan Lee Miller was born on November 15th of 1972 in Kingston upon Thames, England. Raised in southwest London by parents who were both theater actors, Jonny became interested in acting from a young age. In addition, Miller's grandfather was Bernard Lee – the same actor who played the role of "M" in the early James Bond films.

Jonny first got started with acting during his school years, and he appeared in a number of school plays. After joining the National Youth Music Theater, he met Jude Law. At the age of 16, Miller left school to pursue a full-time career in acting.

Career: Jonny Lee Miller's acting career began in 1982 when he made an uncredited appearance in the TV series "Dr. Who." The next year he landed more substantial roles in series like "Jemima Shore" and "Mansfield Park." In 1991, he appeared in a play that was televised. Throughout the rest of the early 90s, Miller appeared in shows like "Keeping Up Appearances," "Inspector Morse," "Minder," "The Bill," "Between the Lines," and "Casualty."

After taking a memorable role in the series "Prime Suspect," Jonny booked a recurring role on the soap opera "EastEnders." He appeared on the show for five weeks before rejecting a one-year contract and leaving the program.

Following his stint with EastEnders, Miller shifted his attention towards film. His first major role was in the movie "Hackers" in 1995. The movie failed to perform well at the box office and received mixed reviews from critics, who blasted the film's "stylized" and inaccurate portrayal of how hacking into a computer really works. Nevertheless, the film later became a cult classic.

"Hackers" also launched Jonny Lee Miller into the spotlight, and a second starring role in "Trainspotting" soon followed. Today, the film is regarded as one of the best movies ever made, and Miller was singled out for praise after showing off a convincing Scottish accent.

Miller followed up in 1997 with a role in the World War I film "Regeneration" before returning to the stage as Brito in "Four Nights in Knaresborough." Throughout the rest of his career, Jonny continued to act in a number of high-profile stage productions. By the year 2000, he had booked more film roles in movies like "Complicity," "Love, Honour and Obey," and "Dracula 2000."

After "Eli Stone," Miller appeared on the show "Emma." During the fifth season, he booked a guest role on the show "Dexter." In 2011, Jonny Lee Miller booked the role of Sherlock Holmes in the show "Elementary." Although he initially turned down the role because it seemed too similar to the British show "Sherlock," he changed his mind after reading the script. The show ran for seven seasons and received positive reviews from critics, who appreciated the modern take on the age-old story.

Relationships: Shortly after meeting on the set of "Hackers," Jonny Lee Miller married his co-star Angelina Jolie. However, the marriage only lasted 18 months before they decided to call it quits. The divorce was eventually finalized in 2000, but the two remain close friends.

In 2006, Miller started dating actress and model Michele Hicks. In 2008, they were married in Malibu. That year, they also welcomed a child into the world.

Real Estate: In 2009, Jonny Lee Miller and his wife Michele Hicks purchased a property in Los Angeles for $1.56 million. Located in the celebrity-laden Hollywood Hills neighborhood, the house was built in the 1930s and features Spanish-influenced architecture. The home features over 2,800 square feet of living space, a sunroom, and a beamed cathedral ceiling in the living room. In 2013, they sold this property for $1.6 million, earning a modest profit on their initial investment.

Two years later in 2015, the couple splurged on a condo in New York City. They paid $2.105 million for the apartment, which is located in the East Village neighborhood. Some raised eyebrows at the price tag, especially considering the relatively unspectacular nature of the condo, which doesn't have elevator access (Miller and Hicks have to walk up the stairs). The building was constructed during the late 1800s. The apartment itself features almost 1,700 square feet of living space, granite countertops, and Siberian white oak floors.

Salary: It was revealed that Jonny Lee Miller was earning a sum of $100,000 per episode for his role on the show Elementary, which concluded in 2019. A small controversy arose over this matter after Benedict Cumberbatch referenced Miller's involvement in the series.

Speaking about the similarities between Elementary and Sherlock, Cumberbatch seemed to suggest that Jonny only took the role because of the hefty paycheck. Cumberbatch allegedly tried to convince Miller not to take the part because he didn't want critics to compare the two series (and the two starring actors). 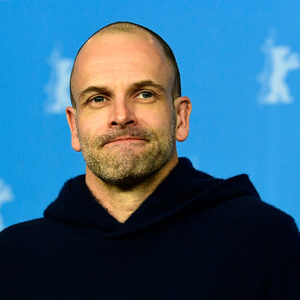