Jonathan Zaccaï Net Worth: Jonathan Zaccaï is a Belgian actor, film director and screenwriter who has a net worth of $5 million. Jonathan Zaccaï was born July 22, 1970 in Brussels, Belgium. His acting credits include The Beat That My Heart Skipped, Private Lessons, The True Story of My Life in Rouen, The Role of Her Life and They Came Back.

He received the Magritte Award for Best Actor for Private Lessons. Though the director had occupied the No. 1 spot on People With Money's Top 10 highest-paid directors for 2014, it seemed that just prior to this his spectacular career might have been winding down, but now he was back on top. Reports from the Brussels Daily News August 28, 2014 suggested the director secretly got hitched to his long-term relationship. There had already been speculation that the pair were set to announce their engagement. It was further reported that the director had been spotted wearing a new wedding ring earlier that week. The couple was said to have exchanged vows in an intimate morning ceremony at a secret location before few close friends and family members. It was also reported that his love interest was pregnant after she sported what some interpreted to be a 'baby bump'. According to the report, a source close to the couple confirmed they were expecting a child. When his rep declined comment on Zaccaï's personal life-not confirming or denying the rumor-the alleged pregnancy rumor made its way through bulletin boards and other social media sites during August 2014. 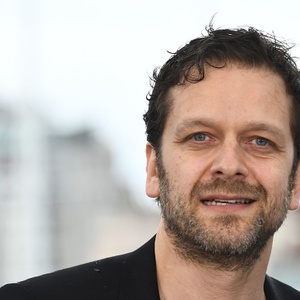