How much is Jonathan Silverman Worth?

Jonathan Silverman net worth: Jonathan Silverman is an American actor who has a net worth of $3 million. Jonathan Silverman was born in Los Angeles, California in August 1966. He is best known for as Richard Parker in the movies Weekend at Bernie's and Weekend at Bernie's II. Silverman has over 100 acting credits to his name starting in the television series E/R in 1984. From 1984 to 1986 Silverman starred in the TV series Gimme a Break! as Jonathan Maxwell. From 1995 to 1997 he starred as Jonathan Eliot in the series The Single Guy. Silverman starred as Harry Kennison in the television series In Case of Emergency in 2007. He has also starred in the movies Girls Just Want to Have Fun, Caddyshack II, Death Becomes Her, Breaking the Rules, Little Big League, The Odd Couple II, The Cookout, Jekyll, Conception, and The Hungover Games. Silverman has also appeared in episodes of the TV series Friends, Caroline in the City, Arliss, CSI: Miami, Numb3rs, Psych, Medium, White Collar, Hot in Cleveland, and Law & Order: Special Victims Unit. 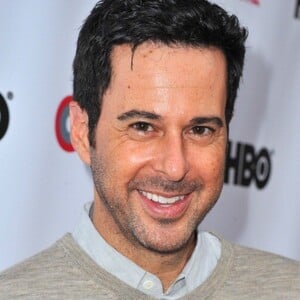