Jonathan Rhys Meyers Net Worth and Salary: Jonathan Rhys Meyers is an Irish actor and model who has a net worth of $8 million. Over the years, Rhys Meyers has appeared in a wide range of film and television projects, including "Bend it Like Beckham" and "Mission: Impossible." His notable television credits are in series and miniseries like "Elvis," "The Tudors," and "Vikings." During the 2010s, Jonathan continued to appear in a range of projects. In addition, Rhys Meyers is known for his brand endorsements, especially his close relationship with Hugo Boss.

Early Life: Jonathan Michael Francis O'Keeffe was born on July 27th of 1977 in Dublin, Ireland. Raised in a Roman Catholic household in a family of musicians, Rhys Meyers was expelled from his Catholic school for truancy (skipping). He then spent his days hanging out in Dublin's pool halls before he was spotted by casting agents. He then started attending auditions for the first time, and this sparked his acting career.

Career: Jonathan adopted the stage named "Rhys Meyers" early in his career, and he made his first appearance in the film "A Man of No Importance." Another film role came in 1996 with "Michael Collins." A more central role came in 1998 with "Velvet Goldmine," in which Jonathan played a glam rock star during the 70s in Britain. He then booked a role in the Western "Ride with the Devil," which received positive reviews despite being a box-office flop.

After another notable role in BBC's "Gormenghast," Rhys Meyers booked an important role in the film "Bend It Like Beckham." Jonathan played a girls' football coach in the film, and it helped him reach a much wider audience. In 2004, he appeared in the films "Vanity Fair" and "Alexander."

Although these early roles certainly put Rhys Meyers on the map, it wasn't until the mid-2000s that his career really began to take off. After appearing in 2005's "Match Point," Jonathan won a Chopard Trophy at the Cannes Film Festival. He then booked a notable role as Elvis Presley in the CBS four-hour miniseries, "Elvis." His role earned him an Emmy nomination and a Golden Globe. To finish 2006, he appeared in the film "Mission: Impossible III."

In 2007, Rhys Meyers booked what is probably one of his most defining roles in "The Tudors." The historical series saw him playing the role of Henry VIII, and he earned another Golden Globe nomination that year. Over the next few years, Jonathan appeared in films such as "August Rush," "The Children of Huang Shi," "Shelter," and "From Paris with Love."

Another independent film role came in 2011 with "Belle du Seigneur." He then played the role of Dracula in the NBC series of the same name. In 2017, he played the role of a spy in "Damascus Cover," which premiered at the Boston Film Festival. He later appeared in the film "The Rising" as Patrick Pearse. In 2018, Rhys Meyers joined the cast of the upcoming film "Hide and Seek." That year, it was also announced that he would join the cast of "Altitude." In 2019, it was reported that Jonathan would appear in "American Night," a neo-noir thriller.

In addition, Jonathan is an established musician who has appeared in a number of musical roles. He contributed four songs to the soundtrack of "August Rush," two of which won widespread critical acclaim.

Brand Endorsements: Rhys Meyers is also a model, and this represents a significant source of supplemental income for him outside of his acting career. In 2001, he modeled for Club Monaco. In 2006 and 2007, he became the new face for Versace's various fashion lines. Starting in 2006, Rhys Meyers also signed a brand endorsement deal with Hugo Boss, which saw him become the new face of the brand's fragrance line. He served in this capacity until 2011.

Relationships: After meeting on the set of "Velvet Goldmine," Rhys Meyers and Toni Collette sparked up a relationship and became married for one year. Jonathan then started a relationship with Reena Hammer, the daughter of the well-known makeup artist Ruby Hammer. In 2016, Rhys Meyers married a woman named Mara Lane. The pair had a child together in 2016, and Jonathan credits this moment as transforming his life.

Drinking Problem: Jonathan Rhys Meyers has struggled with a significant drinking problem throughout the years. In 2007, his agent announced that he was entering an alcohol treatment program after this issue became more serious. He entered treatment again in 2010. In 2011, he was charged in France for public intoxication, and he was ordered to pay a fine of 1,000 euros. The incident took place two years prior.

Real Estate: In 2014, it was reported that Rhys Meyers had listed his home in Hollywood Hills for $1.6 million. He had originally purchased the home back in 2007 for $1.59 million. Located in the Sunset Strip neighborhood, the home features a heated swimming pool and was marketed as an ideal "single-family home." In 2018, Jonathan had reportedly put this 1,600-square-foot home back on the market for $1.8 million after failing to find a buyer for several years.

One year prior, Rhys Meyers and his wife paid $2.55 million for a three-bedroom residence amidst the Monte Nido mountains near Malibu and Calabasas. This much more extensive home sits on over four acres of land. 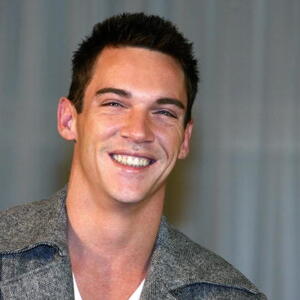