How much is Jonathan Ke Quan Worth?

Jonathan Ke Quan Net Worth: Jonathan Ke Quan is a Vietnamese-American actor who has a net worth of $1 million. Born in Saigon, South Vietnam, in 1971, Jonathan Ke Quan fled his native country after the Fall of Saigon. His family was allowed to seek political asylum in the United States. As a result, Quan began acting as a child and made his first two appearances in Steven Spielberg movies. He made his film debut in 1984's "Indiana Jones and the Temple of Doom" as Short Round, winning a Young Artist Award. Quan followed that part up with the role of Data in the hit 1985 movie "The Goonies". He went on to appear in 1991's "Breathing Fire" as Charlie Moore, 1992's "Encino Man" as Kim, and 2002's "Second Time Around" as Sing Wong. In 1986, he had a role in the Japanese movie "Passengers". His TV credits include appearances in "Head of the Class" and "Together We Stand". Quan earned his degree from the University of Southern California School of Cinematics and later studied at the University of Manchester. Quan, who is fluent in four languages, served as a stunt choreographer on the sets of "The One" and "X-Men", working under Corey Yuen. Quan's last screen credit came in 2002. 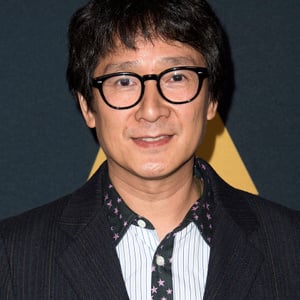