Jonathan Jackson net worth: Jonathan Jackson is an American actor, musician, and author who has a net worth of $3 million. Jonathan Jackson was born in Orlando, Florida in May 1982. He made his feature film debut in the 1994 movie Camp Nowhere. From 2008 to 2009 Jackson had a recurring role as Kyle Reese on the television series Terminator: The Sarah Connor Chronicles.

His best known roles have come as Lucky Spencer on the soap opera General Hospital from 1993 to 2011 and as Avery Barkley on the TV series Nashville since 2012. Jackson has starred in the movies The Deep End of the Ocean, On the Edge, Insomnia, Tuck Everlasting, Dirty Dancing: Havana Nights, Riding the Bullet, Venom, and Kalamity. He has won five Daytime Emmy Awards and two Soap Opera Digest Awards for General Hospital. Jackson is the front man for the band Enation who has released several albums and had a Top 10 hit on the iTunes Rock Charts with "Feel This" which was featured on the TV series One Tree Hill. Jonathan married General Hospital actress Lisa Vultaggio in 2002 and the coupe has three children. 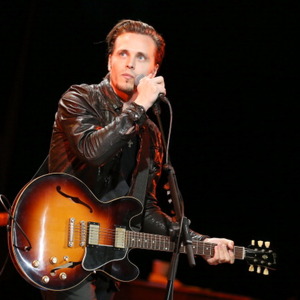