Jonathan Frakes net worth and salary: Jonathan Frakes is an American actor, author and director who has a net worth of $25 million. That is a combined net worth with his wife of more than three decades, fellow actor Genie Francis. Genie has portrayed "Laura Spencer" on the daytime soap General Hospital for more than 40 years. Jonathan Frakes is best-known for playing the role of Commander William T. Riker in the Star Trek franchise. He is also prolific film and television director.

Jonathan Frakes was born on August 19th, 1952 in Bellefonte, Pennsylvania.While growing up, he was introduced to jazz by his father, and started playing the trombone when he was in fourth grade. As a child he was always friendly, funny and somewhat of an actor, according to a childhood friend. In high school, he played in the band and ran track. In 1970s he worked for Marvel Comics, appearing at conventions in costume as Captain America. He became a member of "The Impossible Ragtime Theater". He did his first off-Broadway acting in Eugene O'Neill's The Hairy Ape. He played guest spots in many of the top television shows of the 1970s and 1980s, including The Walton's, The Dukes of Hazzard, Matlock, and Steven Bochco's Hill Street Blues. During the 1980s, Jonathan landed a starring role in a prime-time soap opera, "Bare Essence".

Directing Career: In 1990, Jonathan moved behind the camera and began directing episodes of The Next Generation. He also directed episodes of Star Trek spinoffs Deep Space Nine and, Voyager. In 1996 he directed his first Star Trek film, Star Trek: First Contact. He directed 1998's Star Trek: Insurrection followed by a handful of non-Star Trek films.

His nickname as a director is "Two-Takes Frakes", which is a reflection of his efficient filming style first earned on the set of Star Trek: First Contact.

Over the last two decades he has directed dozens of episodes of many TV shows including The Orville, The Librarians, Burn Notice, NCIS: Los Angeles, Leverage and more.

Personal Life: Jonathan has been married to actress Genie Francis since 1988. They have two children together.

Real Estate: In 2017, Jonathan and Genie spent $2.8 million on a home in Woodland Hills, California. In June 2019 they listed the house for sale for just under $4 million. They previously owned a large Colonial mansion in Beverly Hills for nearly 30 years. They sold this house in 2015 for $12 million. 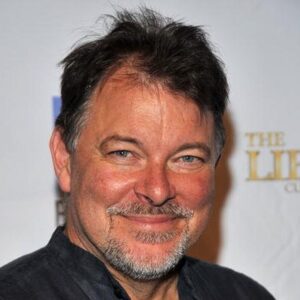