Jonathan Banks net worth and salary: Jonathan Banks is an American actor who has a net worth of $5 million dollars. Jonathan is best known for his role as Mike Ehrmantraut on "Breaking Bad" and its spinoff "Better Call Saul".

Jonathan Banks was born in Washington, D.C., and attended the University of Indiana – Bloomington. He chose to drop out of college to work as a stage manager for a touring show, and subsequently ended up in Australia, where he worked in the theater industry for several years. In the mid-70s, he returned to the United States, settling in Los Angeles. He began his professional career in film and television in 1976, and went on to appear in such film projects as "Coming Home", "Airplane", "Gangster Wars", "48 Hours", "Gremlins", "Beverly Hills Cop", "Freejack", "There Goes the Neighborhood, "Crocodile Dundee in Los Angeles", and "Reign Over Me". He also appeared on such television shows as "Barnaby Jones", "The Waltons", "T.J. Hooker", "Cagney & Lacey", "Hunter", "Designing Women", "Highlander", "Diagnosis: Murder", "Alias", "CSI", "Day Break", "Lie to Me", and "Castle". He is most widely recognized for his co-starring roles on "Wiseguy" and "Breaking Bad". In 2015, Banks began co-starring on the Breaking Bad spin-off prequel "Better Call Saul". 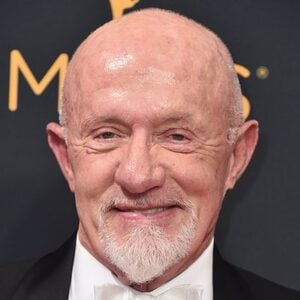