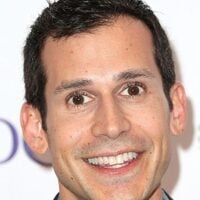 Jon Wellner net worth and salary: Jon Wellner is an American actor who has a net worth of $3 million. He is best known for playing the role of Henry Andrews on the television series CSI: Crime Scene Investigation. He appeared in 115 episodes of CSI between 2004 and 2015.

Jon Wellner was born in Evanston, Illinois in July 1975. Wellner's screen acting career started in 2001 when he appeared in episodes of the TV series Becker, Gilmore Girls, and The King of Queens. His best known role has come starring as Henry Andrews in the TV series CSI: Crime Scene Investigation since 2005. Wellner has starred in the movies Grad Night, Ocean's Thirteen and Evan Almighty. He has also appeared in episodes of the TV series Providence, The Court, Thieves, Yes, Dear, NCIS, Life on a Stick, That's So Raven, Courting Alex, Vanished, Bones, Drop Dead Diva, and Major Crimes.